Learn about what we do

The Seattle University Music Program is meeting virtually for now.

Nothing can replace the experience of in-person communal singing – that’s undeniable. But we pledge to stay creative, connected, and growth-minded during these unusual times, and we’re finding creative ways to continue to learn and make music together.

Reach out to Dr. Leann Conley-Holcom, Director of Choral & Vocal Activities, to find out more about how we’re learning, rehearsing and performing virtually.

We welcome new singers into the choirs in September and January.

We offer courses in Conducting (once annually) and Vocal Technique & Performance (every quarter).

Check out our virtual performances from Fall 2020!

For this song, singers contributed not only their voices, but also favorite photos from winters past which you’ll see incorporated into the video. In this holiday season where many of us are missing being together in person, we’re remembering Decembers with loved ones we hold dear. We hope this performance brightens your holiday season.

This project is generously sponsored by the Pigott Endowment for the Arts.

The Seattle University Chorale, Chamber Singers, & University Singers presents this audience favorite, and although we're physically apart for now, we wanted to preserve the tradition of singing this song for you by candlelight.  We hope this performance brightens your holiday celebrations this year!

This project is generously sponsored by the Office of Provost Shane Martin.

'Hold On (Eyes on the Prize)' originated as the spiritual Gospel Plow (also known by other titles, including Keep Your Hand on the Plow). Its lyrics were adapted for use during the American Civil Rights Movement of the 1950s and ‘60s, with lyrics to the modern version often attributed to the activist Alice Wine. The song has been arranged and performed by a wide range of artists, including Mahalia Jackson, Sweet Honey in the Rock, Pete Seeger, Bob Dylan, and Bruce Springsteen, and is a call to perseverance in the midst of struggle.   'One Foot/Lead with Love'' was written for the Justice Choir Songbook in 2016 by Oakland-based folk singer and songwriter Melanie DeMore. Of this piece, she writes: “I was inspired by the great movements that were started out of the love for their people, not out of the hatred of others.”

“Justice Choir is a template to encourage more community singing for social and environmental justice. Designed around our Justice Choir Songbook, our goal is a grassroots movement to engage in the empathetic, collaborative, and collective power of singing together to create change.”

We hope our words and music inspire you and give you hope. Learn more at JusticeChoir.org

Stay up to date with the latest happenings in our program 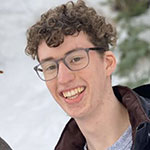 "I’ve never written a piece for choir before, but I knew that this choir project would push me to challenge myself."

"We are often told by our directors that it is important to support each other through supporting ourselves, and I don’t think I truly understood the depth of that sentiment until I was in a practice room by myself recording a part that would be joined with the rest of my choir later in the studio." 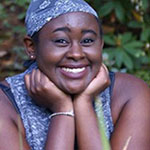 Track: Research
Project: Create a podcast about music and singing

"A podcast surrounding music is one that just made sense to me because I am constantly listening to music and have made so many meaningful connections with people through music." 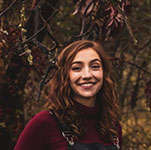 "I decided to record a cover of my favorite @indiaarie song called "Sacred Space". I asked a good friend of mine to help me with an instrumental track and the rest is history!"