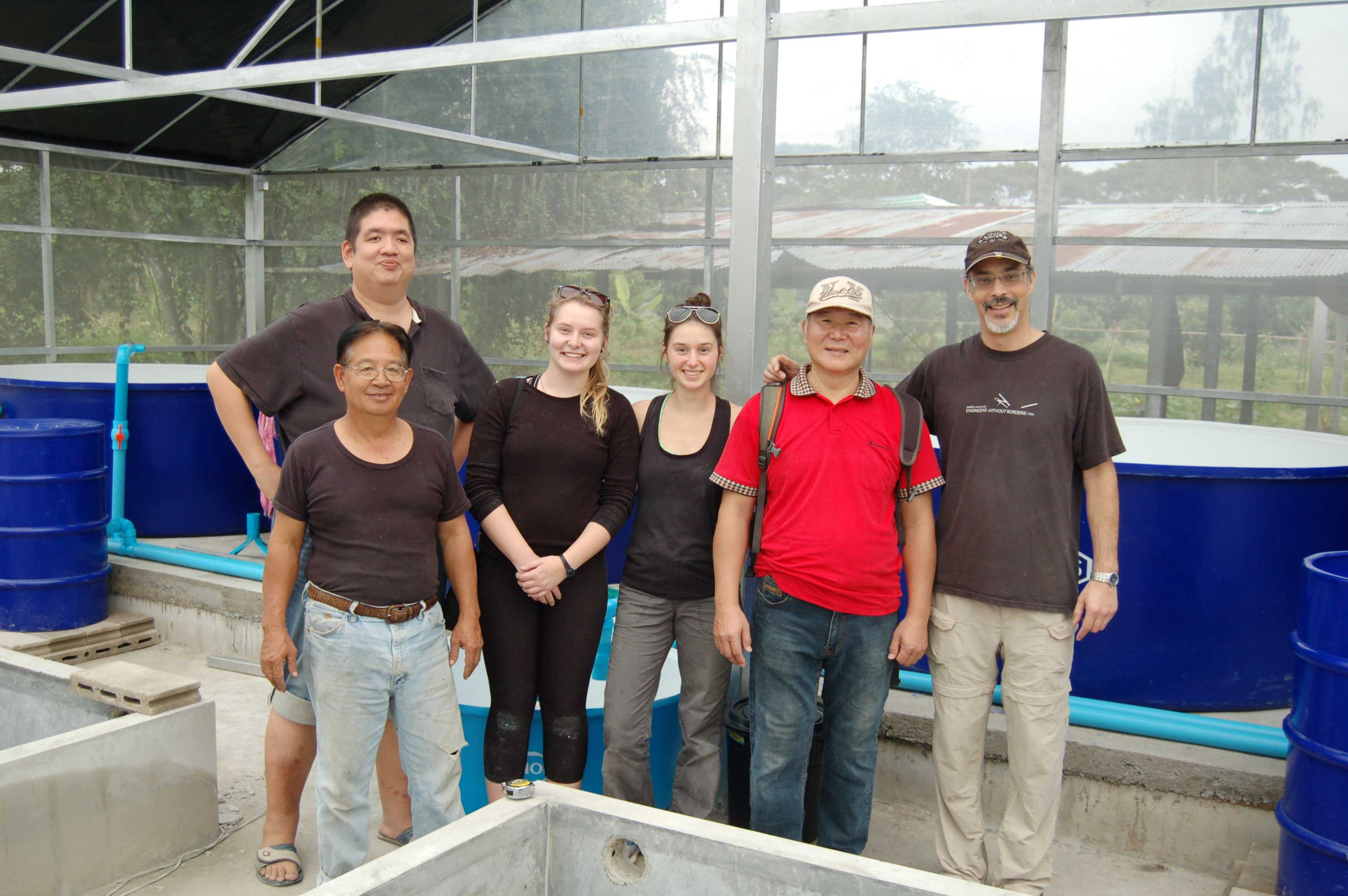 Our collaboration with the Zion Children’s home near Chiang Mai began in December 2015 when Mr. Bob Ho called ESW’s faculty advisor, Phillip Thompson. By December 2016, after a few design iterations and two raffle fundraisers, the ESW team was ready to visit the orphanage for 45 children and continue construction on the 30,000 L aquaponics facility.

Elizabeth Simon (BSCE ’18) and Erin Youell (BSME ’17) completed the construction of the piping network for four, 2500-L fish tanks. They also worked with a group of engineering students from Chiang Mai University to setup a testing loop for the Mitsubishi pump (Model SSP-405S.15) that will operate continuously for the coming years. Click here to watch Mr. Ho’s tour during hydraulic testing.

Each of the four, 5000-L concrete, plant growing beds will be planted with lettuce in March after the pH of the system has been stabilized between 7 and 8, and the first harvest of tilapia is expected by summer. ESW plans to visit later this year to install Raspberry Pi-controlled sensors for pH, temperature, ORP and flow rate. The data will become part of the Internet of Things with real-time access and remote process control. Learn more.