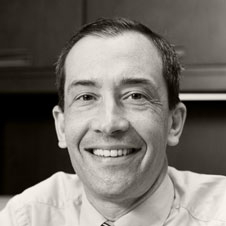 Joseph M. Phillips was appointed dean of the Albers School of Business and Economics July 1, 2001. He joined Seattle University after serving on the faculty of the College of Business Administration at Creighton University. He started at Creighton in 1982, serving as associate dean for the last four and half years. In 1986 he received the Robert F. Kennedy Award for Teaching Excellence, the university’s highest teaching award.

He served on the board of Evergreen Bank from 2007 to 2010. Between 1989 and 2006, he served for 15 years as an outside director of Farm Credit Services of America (FCSA), an agricultural lender in the Farm Credit System, and was the first person appointed to that role. Dr. Phillips also served on the Board of Directors of the Creighton Federal Credit Union from 1996 to 2001. As treasurer, he was a member of the board executive committee and formerly chaired the credit union’s Supervisory Committee. In 2001, he received the credit union’s Distinguished Service Award.