GO BEYOND THE CLASSROOM

Our interdisciplinary, intersectional, and international program challenges you academically, personally, and politically to actively promote social justice and social transformation. Our courses give you the expertise to deal positively and effectively with issues of gender and sexuality facing individuals and society.

Congratulations to those graduating with Departmental Honors and recipients of our 2022 student awards, scholarships, and Teacher of the Year.

The Honors Theses are available at ScholarWorks

Awarded to Students with Highest GPA

Annual Pride celebrations mark the anniversary of the Stonewall Rebellion: In June 1969, at a bar called the Stonewall Inn in New York City, queer and trans people fought back against the ongoing violence they faced at the hands of the police. Since that time, queer and trans people have gathered to commemorate that resistance and celebrate our vision for sexual and gender liberation. At Pride events, we rejoice in our survival, we combat stigma and isolation, we mourn our dead, and we foment ongoing resistance.

2022 Pride season marks two years since the historic uprising against anti-Black racism and police violence that followed the deaths of George Floyd and Breonna Taylor. Queer and trans people were on the front lines then, and are still on the front lines of work to defund police, close prisons, support prisoners, and stop prison expansion. Given our community’s historic and ongoing criminalization, it is not surprising that queer and trans people, especially Black and Indigenous people and other people of color like Angela Davis, Miss Major, Andrea Ritchie, adrienne maree brown, Mia Mingus, Alisa Bierria, Angélica Cházaro, Tourmaline, Nikkita Oliver, and Beth Richie have been some of the leading activists and thinkers in movements for police and prison abolition.

As the weather warms up and we move toward Pride, I hope that all of us in the Seattle University community are reflecting on how we can plug into the legacy of queer and trans liberation by directly supporting our queer and trans siblings who are currently endangered by poverty, criminalization, and immigration enforcement, and how we can join the grassroots work to get to the root causes of the crises facing our communities. Queer and trans people belong on the front lines of fights to stop climate change, ensure that everyone has housing and healthcare, end colonialism, stop war, and end gender-based violence. We have always been proud to struggle for justice together, and our creativity, care and fierce determination are needed now.

The Office of Diversity and Inclusion has compiled some educational resources, zoom backgrounds, activities, and events related to Pride Month at this link. Here at Seattle University, we look forward in a special way to honoring and congratulating our LGBTQ+ 2022 graduates at the Lavender Graduation celebration on Friday, June 10. 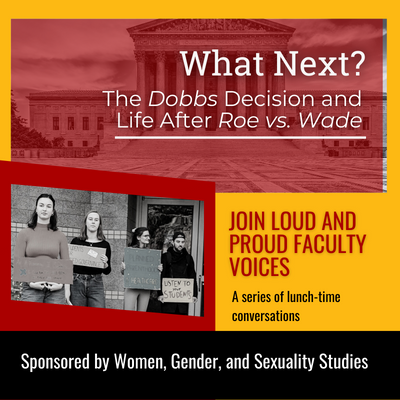