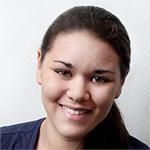 Lindsey Wasson, class of 2013, chose Seattle University for its photography program, directed by Professor Claire Garoutte, and for its liberal arts classes that inform the way she approaches her photography. Garoutte had stressed the importance of seizing opportunities as they came along, and Wasson interned with the seattlepi.com and with the university’s photographer, Chris Kalinko. She also worked for the Spectator, the student newspaper. Her first assignment was to photograph a student protest.

“I had grown up in the suburbs, and people in the suburbs didn’t protest,” she said. “When I was in this crowd and feeling the energy, I realized that photography would open me up to experiences and meeting people I wouldn’t have otherwise.”

Now a staff photographer at the Seattle Times, Wasson experiences the demands of a 24-hour news cycle and a robust online as well as hard-copy presence. Not only do the photographers have deadlines to meet, they also deal with joy and tragedy, sometimes in the same day. Saturday, March 22, 2014, was such a day.

“I was covering some basketball practice when I saw something on Twitter about a landslide,” Wasson said. “I thought it was something small, but when I got to the office, we learned more about it. Because I was only one of a few people in the office, I asked to be sent over.”

The Oso landslide closed the highway between Arlington and Darrington, and Wasson was stationed out of Arlington for two weeks. The devastation was total.  Forty-three people died; a community had vanished. Hundreds of volunteers joined first responders to find survivors, clear debris, and help those who had lost family and homes.

“I met so many people who were encouraging examples of humanity,” she said. “One family was opening their home to volunteers who kept coming through, they’d search in the mud, got them food, took a shower, and then went back. It was great to see not just the tragedy of the event but so many people willing to help.”

The Oso landslide was covered by news media from throughout the country. The Times put several of Wasson’s photos on the AP wire, and they were picked up by the Wall Street Journal, New York Times, and other news outlets. The Seattle Times staff received the Pulitzer Prize for Breaking News Reporting for their Oso coverage. Wasson went to New York City to receive the award with the group.

Wasson loves the variety of photojournalism. In any given day, she may be chronicling a news event, taking a portrait, and covering a sport: “The job has given me so many life experiences that are really special to me that I’d never have thought would have been possible.”

When a colleague was injured in a car accident, Wasson got the chance to join the team of Times photographers, runners, and editors at the 2015 Super Bowl.

The work was demanding. The team came to the stadium early and stayed late: setting up, scoping out the venue, photographing warm ups, covering fans as the came and left, and, of course, photographing during the game.

The Seattle Times has a large online presence, and readers demand up-to-the-minute details. Wasson’s experience at the Super Bowl was part choreography and part Keystone Kops: “I took photos and handed off the memory card to runners who literally ran to the editors in the photo workroom. The editors sifted through thousands of photos, wrote captions as fast as they could, and forwarded photos to editors in the Seattle office who put the photos online. An intricate, huge line of people got things from point A to point B.”

Later that year, Wasson returned to Oso for the emotional memorial. “It was an important event to cover but it was important for me personally to stay with these stories. I didn’t want to cover what was there initially and then leave. I wanted to see it through.”

Being a photojournalist has given Wasson opportunities she never thought possible: “It’s a great career if you want to have great life experiences. You won’t get rich, but you’ll have an interesting time.”