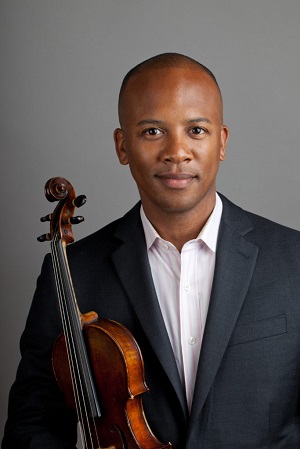 Dr. Quinton Morris, Associate Professor at Seattle University and founder of the music education organization Key to Change, will serve as the first Artist-Scholar in Residence for Classical KING FM 98.1 for a two-year term beginning September 15. Dr. Morris enjoys a multifaceted career as a concert violinist, chamber musician, educator, entrepreneur, and filmmaker. In this new role for KING FM, he will create 10-12 radio programs and video podcasts featuring the music of BIPOC composers and performers that will be distributed nationally to classical radio stations across the country.

He will also start a composer residency program, selecting two living BIPOC composers to write or arrange new pieces for Dr. Morris’s Key to Change Studio. Performances of these new pieces featuring Key to Change violin and viola students will air on KING FM. KING FM is also thrilled to continue its previous partnership with Key to Change by featuring winners of its annual Solo String Festival on its weekly live program Northwest Focus.

“I have literally grown up listening to KING FM. As a kid, I remember listening to the radio as I would get ready for school and it’s been wonderful to continue my partnership with them in this new capacity,” said Dr. Morris. “I’m very happy to have an active role where I’ll perform and program music by Black composers and composers of color, who have been largely ignored and marginalized within the classical music community. Additionally, I’m really excited about the launch of our composer residency program, where our Key to Change students will have an active role in this partnership. It’s a great way to show our youth that not only do they matter, but they too can be engaged participants in creating impactful change that can transform the lives of others.” 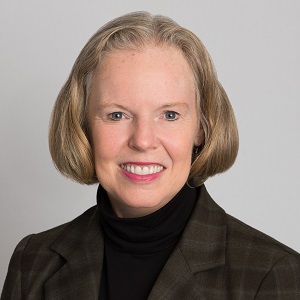 “Dr. Morris and Key to Change have been valued partners of Classical KING for several years, and it was Quinton who suggested that KING FM consider a composer in residence program,” explained Dr. Brenda Barnes, CEO of Classical KING FM. “I thought about it, realized Quinton was actually the perfect person to pioneer this new role for KING FM, and asked if he would consider serving as our first Artist-Scholar in Residence. I was absolutely thrilled when he said yes! We look forward to supporting Quinton in creating radio programs and podcasts that will be offered to stations and listeners across the country. It is such an honor to have this opportunity to work more closely with Dr. Morris and to raise the profile of important BIPOC composers and performers.”

Classical KING FM will appoint a team of staff members to support Dr. Morris and his work with the station, beginning planning and producing programs this fall.

Dr. Morris’ career spans across six continents presenting in dozens of countries. His BREAKTHROUGH: The Quinton Morris World Tour included an innovative lecture recital and self-produced short film based on the life and music of Chevalier de Saint-Georges. BREAKTHOUGH premiered at prestigious venues including, the Seattle Art Museum, the Louvre Museum (Paris), New York Film Week among dozens of other concert halls and film theaters. Governor Jay Inslee awarded Dr. Morris the Washington State Governor’s Arts Award for his success with BREAKTHROUGH and the film received the first prize ‘Diamond Award” at the European Independent Film Award Festival in Paris and the bronze award at the Global Music Awards.

Dr. Morris has received numerous awards including the Puget Sound Business Journals “40 Under 40 Award,” Seattle Mayor’s Arts Awards, the Seattle University Provost Award for Outstanding Scholarship and Creative Work, and named a “Mover and Shaper” by Musical America. He is currently the co-chair of the Seattle Arts Commission.

Dr. Morris is the first music professor in over thirty years (and the second living African-American violinist in United States history) to receive tenure and promotion at Seattle University. He is the founder and director of Key to Change, a nonprofit organization dedicated to teaching middle and high school underserved violin and viola students in South King County. For more information, visit the Key to Change website

Classical KING FM 98.1 is the primary institution developing new audiences for classical music and the arts in Seattle, Bellevue, and the Puget Sound Region. Listener-supported KING FM is located at Seattle Center with a mission to make classical music accessible for everyone in the community and to advocate for the arts in our region.

In addition to creating programming that offers everyone in the region an opportunity to make classical music and the arts a part of daily life, Classical KING FM partners with arts and culture organizations of all size and scope in the region. We offer broadcast performances of local concerts as well as an opportunity for local musicians to perform on our signature Friday evening program Northwest Focus LIVE.

The Northwest Focus Concert Calendar offers listeners the opportunity to learn more about concerts and events to encourage them to deepen their involvement with classical music and the arts by attending and supporting the excellent performing organizations the region boasts.

Teachers and parents use Classical KING FM to introduce children to classical music, and the station has additional programs to supplement this important work. Through our popular Instrument Petting Zoos, the annual Young Artist Awards competition, and other partnerships, KING FM provides support for arts education in the region.

We are proud of the rich history of the station, which was founded by broadcasting pioneer Dorothy Stimson Bullitt in 1948. After Dorothy’s death, her daughters Patsy Bullitt Collins and Harriett Bullitt donated the station to a nonprofit to ensure the station continued to serve the region. Their concept was that the community would support the station going forward. KING FM operated as a commercial classical station until 2011 when it became a classical public radio station.

More than 15,000 members are supporters of Classical KING FM, helping to pave the way for a bright future for the station, and bringing the richness of classical music to diverse audiences in the rapidly growing Puget Sound Region.