Office of the Provost

Shane P. Martin is the Provost of Seattle University. As Chief Academic Officer, he oversees the Academic Division, including the 8 schools and colleges, the libraries, enrollment management, student academic and faculty services, Student Development, Information Technology Services, and numerous academic centers and initiatives. Shane is a 2015 fellow of the Pahara-Aspen Education Fellowship, a branch of the Aspen Institute.

Prior to coming to Seattle U, he served for almost 25 years at Loyola Marymount University (LMU) as a faculty member and administrator, completing 14 years as Dean of the LMU School of Education and 6 as Dean of Graduate Studies. He received an honorary doctorate from LMU in 2018.

Provost Martin served as a state commissioner to the California Commission on Teacher Credentialing for 10 years for which he was recognized by a resolution from the California Legislature. He served as a board member and chair of the Green Dot Public Schools Board, chair of the Teach For America Los Angeles Board, and the Loyola High School of Los Angeles Board of Directors. He was a founding member of Deans for Impact and is a past president of the Association of Jesuit Colleges and Universities (AJCU) Education Deans Conference, a past chair of the Association of Graduate Schools in Catholic Colleges and Universities (AGSCCU), and a past chair of the American Educational Research Association (AERA) Special Interest Group (SIG) on Catholic Education. He recently was appointed to the Jesuit Schools Network (JSN) Board.

Provost Martin earned his Ph.D. in International and Intercultural Education at the University of Southern California, a Master of Theology degree at the Jesuit School of Theology of Santa Clara University (JST) with a specialization in Hispanic Ministry, a Master of Divinity degree also from JST, and a Bachelor of Arts in History from Loyola Marymount University. After living so many years in Southern California, Shane and his partner, José Miguel Chávez, are excited to now call Seattle home. 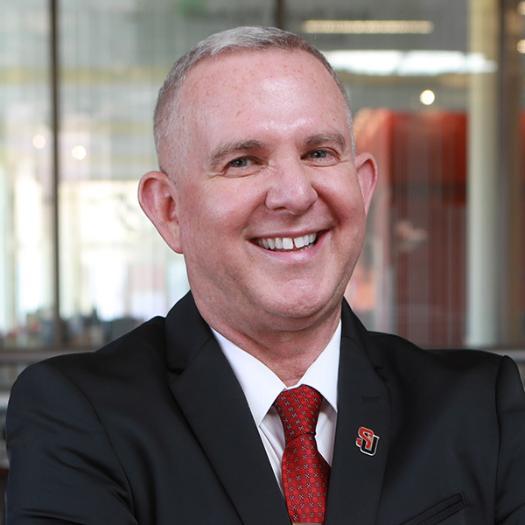