18th Year in a Row: The Princeton Review Best Colleges 2021

The Princeton Review continues to recognize Seattle University as one of the best colleges in the nation for undergraduate education, according to its Best 386 Colleges 2021. The latest edition of the guide marks the 18th consecutive year that Seattle U has been featured. View Seattle U’s detailed profile for prospective students in the online version of the guide.

Graduate programs in business and law continue to be among the best such programs nationwide, according to U.S. News & World Report’s “Best Graduate Schools 2020” ranking. Three Albers School of Business and Economics programs are included in the rankings:

The three highly-ranked School of Law programs are:

College Factual 2020: Seattle U is in the Top 15% of schools nationally

Seattle U is Consistently “Best and Most Interesting” School: Fiske Guide to Colleges 2021 edition

Seattle University is again featured in the Fiske Guide to Colleges. The selective guide highlights the “best and most interesting schools” in the U.S. “Jesuit tradition guarantees a nurturing environment and student growth both academically and in community service."

Seattle U is a College of Distinction

Seattle University is recognized by the 2020-21 Colleges of Distinction for its commitment to engaged, experiential education. Colleges of Distinction universities distinguish themselves through their dedicated focus on the undergraduate experience. Seattle U has excelled at having students graduate and enter the workforce with solid, well-developed critical thinking skills as well as the ability to adapt in an ever-changing society. Seattle U also received specialized recognition for its Business, Education, Engineering, Nursing academic programs and for its work in career development, equity and inclusion and support for veterans.

Seattle U is on the Transfer Student Program Honor Roll 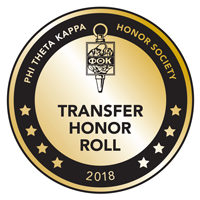 The national honor society Phi Theta Kappa has recognized Seattle University among four-year institutions for its work to attract and support community college transfer students. Seattle U was the only university in the Pacific Northwest and one of only two on the West Coast to be included in the 2018 “Transfer Honor Roll.”

Seattle U is a Military Friendly® University 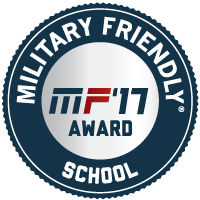 Victory Media has recognized Seattle University as a Military Friendly® School in its 2018-19 listing of colleges and universities nationwide. The designation is reserved for higher education institutions that exhibit leading practices in recruiting and supporting post-military students.

SportBusiness International ranks Seattle University’s master in sport business leadership program, in the Albers School of Business and Economics, in the Top 40 for the U.S. in 2017.