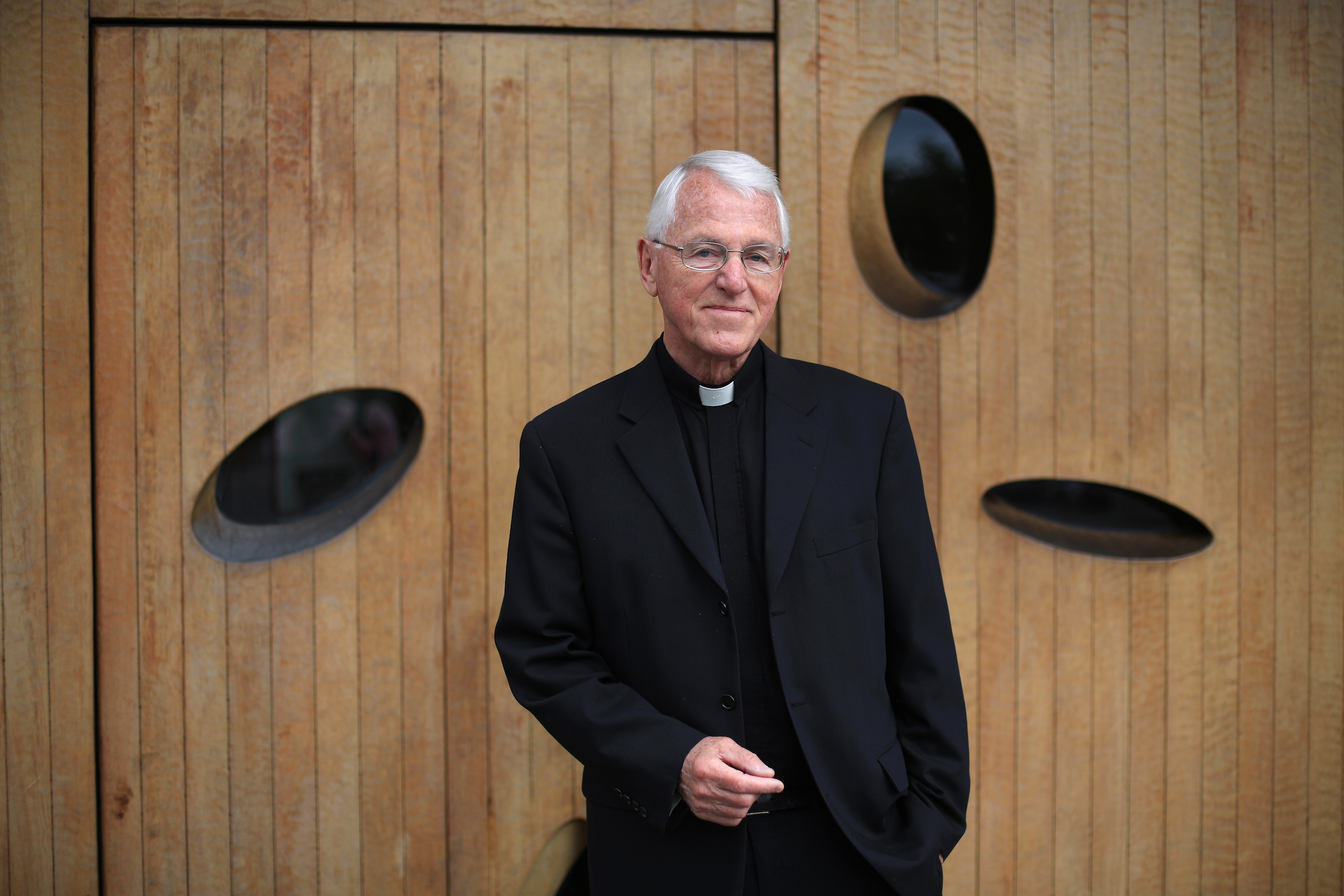 The beloved Jesuit, who served Seattle University for three decades, was a foundation of Jesuit spirituality on campus.

Well-known and greatly-admired Jesuit priest of Seattle, Tacoma, and the NW, Fr. Pat O’Leary, S.J., died in his sleep early Jan. 5 at Sacred Heart Jesuit Center in Los Gatos Calif. He was 92 and a Jesuit for 74 years.

Originally from Mount Vernon, the son of John E and Helen Agnes Boyle O’Leary, he graduated from Bellarmine Prep in Tacoma, entered the Jesuits at Sheridan, Ore. in 1948, and was ordained in Spokane in 1961. He held degrees in Philosophy and Theology from Gonzaga, Santa Clara and the Pontifical Gregorian (Rome) Universities.

Fr. O’Leary was best known as a spiritual master, guiding thousands of persons in the Spiritual Exercises of St. Ignatius of Loyola. He pioneered the Spiritual Exercises in Everyday Life Program and founded the Ignatian Spirituality Center in Seattle. As Director of Novices in Portland and Rector of St. Michael’s Institute in Spokane, Wash., he oversaw the formation of younger Jesuits.

Over the course of four decades, he taught Theology and Philosophy at Seattle University, was Assistant to the President for Mission and Identity and Chaplain for Faculty, Staff and Alumni. In addition, he taught at Loyola High School in Missoula and Gonzaga University, was Rector of St Michael’s Institute, Co-pastor of St. Joseph’s Parish in Seattle and Rector of the Jesuit Community of Gonzaga University. In all he did, Pat was gracious, wise, light-hearted and loving, and was recognized by friends as a holy Jesuit priest and spiritual father.

He is survived by Gerald D. O’Leary (brother),  and was preceded in death by Fr. John J. O’Leary, S.J. (brother) and Mary Henderson (sister).

A memorial mass will be celebrated in Seattle at St. Joseph Church (732 18th Ave. E.) on Saturday, Jan. 21, at noon. Inurnment will be at St. Michael’s Cemetery, in Spokane. Donations in memory of Fr. O’Leary may be made to the “Jesuits West Province of the Society of Jesus,” P.O. Box 68, Los Gatos, Calif., 95031, or to a charity of your choosing.

The following announcement was shared with the Seattle University community on Jan. 5, 2023:

Patrick O’Leary, S.J., a Jesuit beloved at Seattle University and beyond, died today, Jan. 5, at the age of 92. He was residing at Sacred Heart Jesuit Center in Los Gatos, Calif.

Father O’Leary joined the Society of Jesus in 1948. Over the span of nearly 75 years as a Jesuit, his ministry took him to, among other institutions, Gonzaga University, Gonzaga Prep, St. Joseph parish and, of course, Seattle University. During two stints encompassing three decades, Father O’Leary was a treasured member of our campus community.

He taught philosophy and theology at SU from 1964 to 1970. Over time, he would discover a special calling in sharing with others the riches of Ignatian spirituality. He returned to campus in 1993 as Assistant to the President for Mission and Ministry and served on the Cabinet. From 2002 until 2016 when he left SU, Father O’Leary was Chaplain for Faculty and Staff, giving spiritual direction and working on retreats. Father O’Leary’s “Ignatius talk,” in which he captivatingly told the story of the founder of the Jesuits in the first person, was legendary. 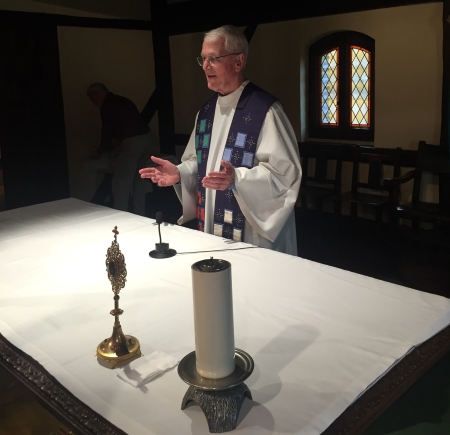 “While my time at Seattle University unfortunately did not coincide with Fr. O’Leary’s, I know from many here on campus what a special person he was and how much he meant to our university,” said President Eduardo Peñalver.

“Fr. Pat O'Leary was one of the foundations of the Jesuit spirituality on campus and a great friend, mentor and guide of many,” said Rector of the Arrupe Jesuit Community Arturo Araujo, S.J. “His memory will stay with us forever, and his teaching will flourish for the next generations of the Seattle University community.”

As then-President Stephen Sundborg, S.J., shared in 2016, “I can’t think of anyone in our campus community who is more beloved than Pat O’Leary. A person of wisdom and grace, Pat exudes great warmth and joyfully connects with those around him. Anyone finding themselves in the company of Pat is better for it.”

Read more about Father O’Leary and his impact on the SU community:

(Above: Father O'Leary celebrates mass at Loyola, St. Ignatius' birthplace, during one of the many pilgrimages he led to Spain.)