25th Anniversary of the Chapel of St. Ignatius 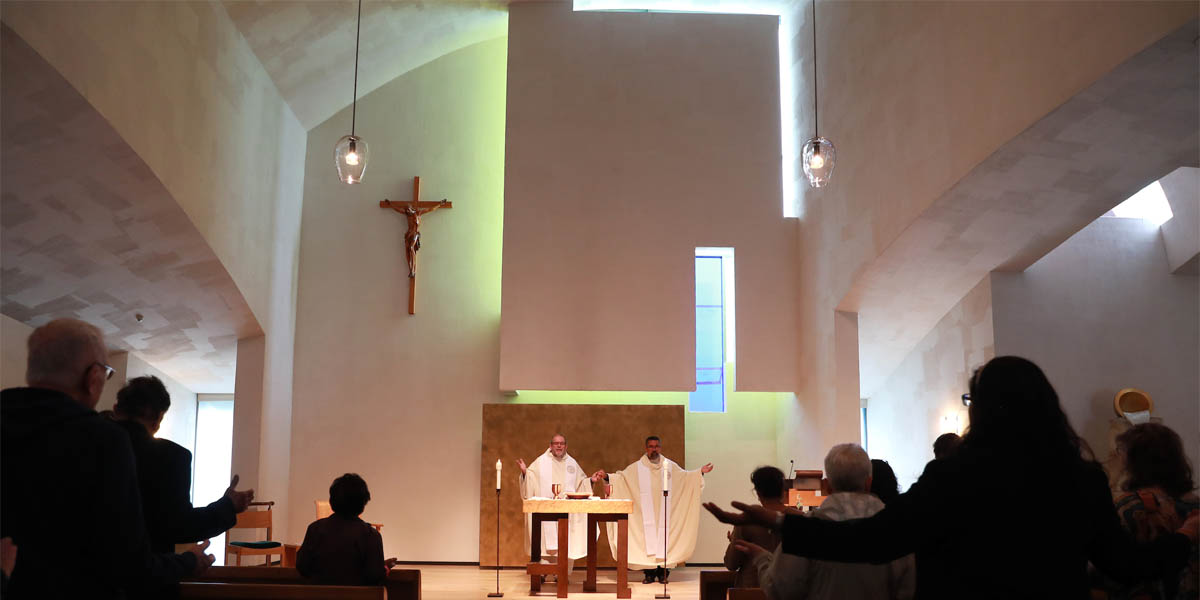 Memories and momentous occasions reflect the importance of a chapel that has evolved into a  vibrant gathering place for so many.

Widely considered the spiritual center of campus, the Chapel of St. Ignatius is celebrating its 25th anniversary this spring.

Built from 1994-97, the chapel’s design was guided by the concept of “A gathering of different lights.” From the outset, the chapel focused on the spiritual needs of students, whose contributions were central to the design process.

“I think there has been more student input on this job than any other university project I have done,” said Holl. Student feedback helped anchor the design and, according to Holl, the result was “a design that would be forward looking but anchored in the past.”

Holl’s plan for the Chapel of St. Ignatius won a design award from the New York chapter of the American Institute of Architects and the scale model of the chapel is part of the permanent collection at the Museum of Modern Art in New York City.

More than a physical landmark, the chapel has become part of the university’s identity. It embodies the university’s Jesuit and Catholic mission, reaching out to the non-Catholic community with interdenominational services and events. Living up to Holl’s vision of a “gathering of lights,” the chapel is open to people of all faiths.

Campus Ministry recently reached out to the campus and greater community to share their memories and engagement with the chapel over this past quarter century. (Select submissions will be displayed on Campus Ministry’s website.)

Faculty Emeritus Joy Sherman, who was a longtime director of University Choirs, was involved with the chapel nearly from the start.

“I was privileged to be on the planning committee. I said, ‘If you want people to sing during worship, the acoustics must support that.’ And my word was valued.”

Adds Sherman, “From its inception, the Chapel of St. Ignatius has been for me a place of blessing and beauty, of faith, hope and love—the greatest of these is love,” says Sherman.

Original committee member Mimi Krsak, ’73, ’79 MEd, shares some of her fondest recollections, such as:

To learn more about the Chapel of St. Ignatius, including Mass and event schedules, visit https://www.seattleu.edu/chapel/.