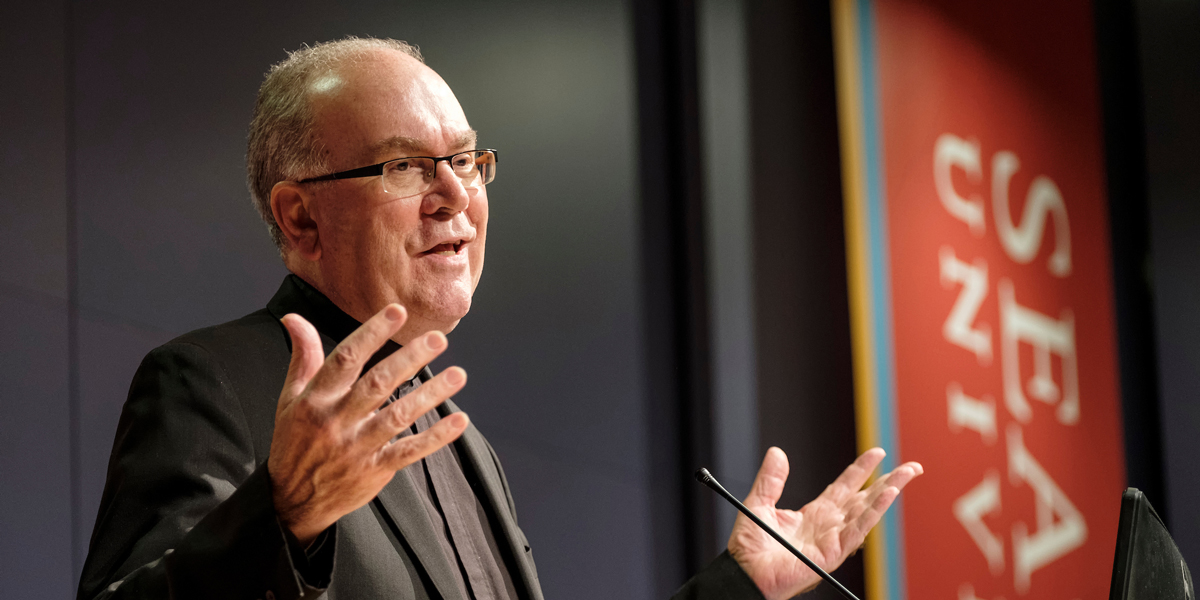 Father Sundborg updates faculty and staff on latest at SU.

Stephen Sundborg, S.J., updated faculty and staff on the current developments at Seattle University at his President’s Forum on March 5. Here are some highlights.

Another student referenced Seattle University’s decision in September to divest from fossil fuels and asked the president to encourage other Jesuit institutions to follow the university’s lead.