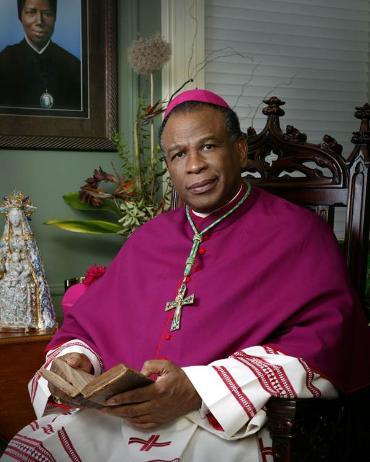 Bishop Edward Braxton of the Diocese of Belleville (Illinois) will discuss “The Catholic Church and the Racial Divide in the United States” when he visits SU next week to kick off this year’s Catholic Heritage Lectures.

One of eight African-American bishops in the United States, Bishop Braxton has long been recognized as a scholar on a wide range of theological and pastoral topics that spark meaningful dialogues. In recent years, much of his writing and speaking engagements have focused on racial tension in the U.S. and the Black Lives Matter movement. Some of his pastoral letters and other works on the subject can be found here.

Bishop Braxton’s remarks will be followed by a conversation with Tyrone Brown, assistant director for the Office of Multicultural Affairs.

Launched in 2010 as part of the Institute for Catholic Thought and Culture, the Catholic Heritage Lectures engage the intellectual and religious communities of the Seattle area and the Seattle University community to explore aspects of the Catholic Intellectual Tradition and the intersection of Catholicism and culture.

This year’s lecture series explores the theme “That We May Be One: Racial Justice and the Catholic Church.” The other lectures will be on “American Catholicism, White Supremacy and Immigration” (February) and “Catholic Attitudes on Islam: The Racialization of Islam and Media” (May).