Here's a quick (and by no means exhaustive) compilation of some recent news about the Society of Jesus, locally, regionally, nationally and globally. 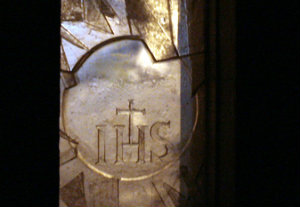 1. Seattle Nativity School opened the 2014-2015 school year-its second year of existence-by welcoming 16 new 6th graders alongside the returning 17th 7 graders. Read more about the Jesuit middle school just up the road. (Our own Peter Ely, S.J., vice president for mission and ministry, is on the school's board.

2. The new leader of the Northwest Jesuits, Scott Santarosa, S.J., is profiled in Catholic Sentinel. Learn more about the role he sees for the Society of Jesus and the Province.

3. Martin Scorsese is directing a movie about a Jesuit mission to Japan. You can read about the movie "Silence," set to come out next fall, and how it's different and similar to other films featuring Jesuits at Huffington Post.

4. Timothy Kesicki, S.J., president of the U.S. Jesuit Conference and a board member of Jesuit Refugee Service/USA, joined other national religious leaders in calling on President Barack Obama to protect children fleeing Central America. Read about it in Jesuits.org.

5. In case you missed it, there was a recent article in Newsweek  titled "With their first pope, Jesuits are making a comeback."