Building Confidence and Leadership On & Off the Court 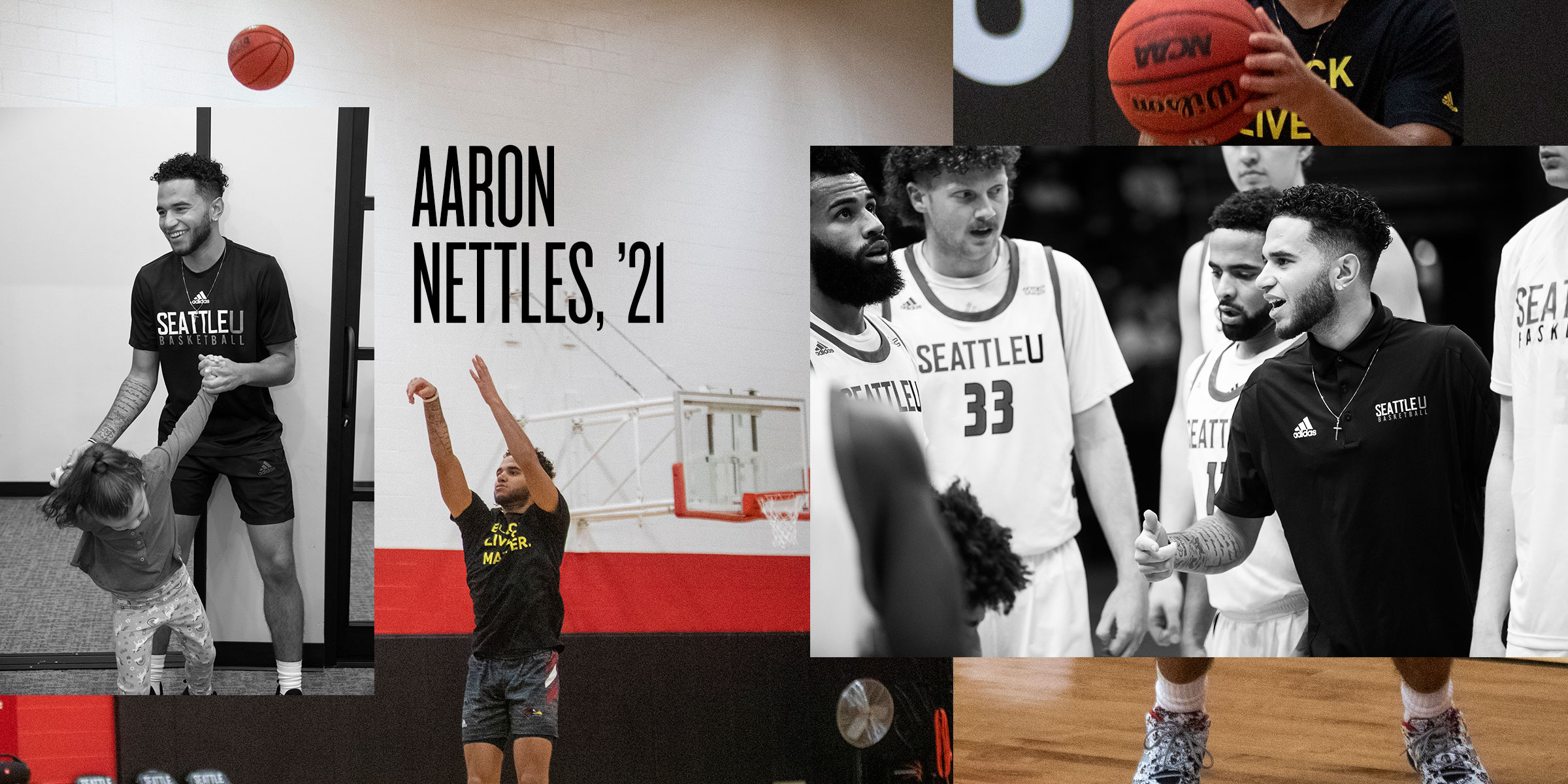 Aaron Nettles, ’21, comes from a basketball family. The guard on Seattle University’s men’s basketball team started shooting hoops in the second grade and grew up around the sport as his parents operate a basketball training facility. It is here where Nettles started working with rising hoop stars as both a coach and a mentor to youngsters whose love of the sport mirrors his own when he was their age.

“The last couple of years have I have gotten involved (at EBC Training Centers) … coaching my own team and mentoring them. Over this past summer I was able to run my own camp, which was an experience I’ll never forget,” says Nettles, who before coaching there played on teams from 2009-2016. “I remember coming into the gym and seeing all these fourth and fifth graders, seeing them so excited and engaged. It’s inspiring.”

It’s the passion for the sport that is so intrinsically part of who Nettles is that continues to motivate him and it’s what drew him to Seattle University. The graduate of Seattle Prep was looking to continue to build upon his basketball playing at a Division I school close to home.

Nettles, who earned a degree in Communications in 2021, is currently pursuing a Certificate in Entrepreneurship & Innovation and taking advantage of a fifth year of athletic eligibility due to COVID-19.

As a senior member of the men’s basketball team, Nettles cites the special connection and close-knit feeling among players that creates a winning formula. The bond between players was further strengthened over the summer with a trip to Turks and Caicos in the Bahamas, where the team got in some games and training. “It was the most memorable time,” recalls Nettles. “We are all really close and that trip to the islands really helped a lot.”

For Nettles, being a leader on the team comes not only from experience but also from learning from others—coaches and mentors alike—who helped him along the way.

“I have always had a lot of people in my corner over the years who kept pushing me and I kept stepping up.”

As a mentor to the youth players he also coaches at EBC, it goes deeper than scoring points or making free throws. The work off the court is even more impactful.

“Every chance I get I acknowledge every kid. My biggest thing is instilling as much confidence as possible as it can be so fragile,” says Nettles. “The earlier you can build that confidence the better as it acts like a muscle.”

Read this story in its entirety in the Winter/Spring 2022 edition of Seattle University Magazine, out March 15.