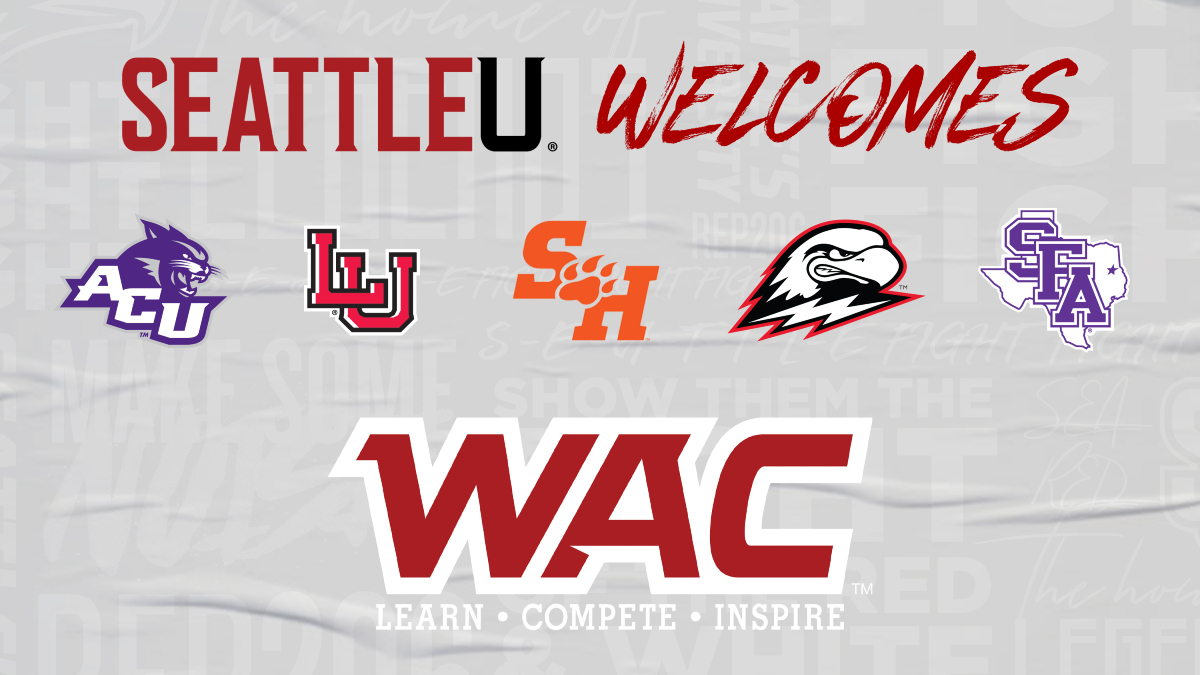 Four of the institutions – Abilene Christian, Lamar, Sam Houston and Stephen F. Austin – are in Texas and currently are members of the Southland Conference.  The fifth, Southern Utah, is currently a member of the Big Sky Conference.

"As president of Seattle University and as chair of the Western Athletic Conference Board of Directors, I am pleased to be joining in the announcement of the expansion of the conference," said Seattle U President Stephen Sundborg, S.J. "The addition of these five exceptionally strong universities guarantees a very promising future for the WAC and greatly raises the conference reputation and footprint regionally and nationally. We welcome these new members for what they bring to us in terms of their student-athletes, their academic reputation, and opportunities for strong and exciting competition."

The five incoming universities raise the competitive edge in the WAC with their arrival. The four members from Texas have claimed 60 percent of the 14-member Southland Conference's regular-season and postseason tournament championships over the past seven years. In addition, over the past five seasons, two of the four programs have claimed the top two spots in the Southland Commissioner's Cup race, including three first-place finishes for Stephen F. Austin. Southern Utah brings Big Sky titles across five different sports since 2015.

"The expansion of membership by the WAC enhances Seattle University's ability to provide an exceptional competitive experience for student athletes while strengthening the University brand, profile and national reputation," Director of Athletics Shaney Fink said.

The WAC footprint has members located in or near five of the nation's top 13 media markets, including Los Angeles, Dallas-Ft. Worth, Houston, Phoenix and Seattle, along with rising Salt Lake City, enhancing university exposure across the country, which aids both athletic and university-wide recruiting.

Also announced Thursday was the WAC's intention to reinstate football at the Football Championship Subdivision level beginning with the 2022 season.

Seattle U will not add football and will continue forth with its current 20 sports.

The addition of football will bring to 20 (10 men's and 10 women's) the number of sports in which the WAC will sponsor championships. Divisional play only will be held for baseball, softball, volleyball, men's soccer and women's soccer with championship tournaments held at the conclusion of each of the conference seasons.

Men's and women's basketball will feature both divisional and crossover play with the number of conference games to be played still to be determined. The conference's tournament will remain in Las Vegas.

"I cannot overstate my level of excitement in making this expansion announcement," said WAC Commissioner Jeff Hurd, "The opportunity to bring five quality institutions into the conference, to significantly strengthen the WAC's national basketball brand and other championship sport profiles, and to bring football back under the WAC umbrella is one that made sense."

"The end result could not have been accomplished without the collaboration and shared visions of the WAC's Board of Directors and the Presidents of the incoming institutions. It not only stabilizes the conference for the future; it also positions it for significant growth and success."