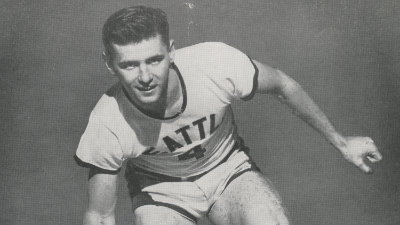 Seattle University Athletics legend Johnny O'Brien, ’53, will be among those honored at the 85th Annual MTRWestern Sports Star of the Year ceremony on Feb. 6, the Seattle Sports Commission (SSC) announced. O'Brien, a Seattle U Athletics Hall of Famer who excelled in both basketball and baseball, has earned the Royal Brougham Award.

“Johnny O’Brien's sports achievements exceeded even the most imaginative athlete’s ambitions,” said SU Athletic Director Shaney Fink. “Through competing at Seattle University and into his professional athletics career, Johnny O'Brien is a Seattle legend and so worthy of this recognition.”

Honorees are selected by the Sports Star Committee, comprised of local sports historians, media and other members of the sports industry.