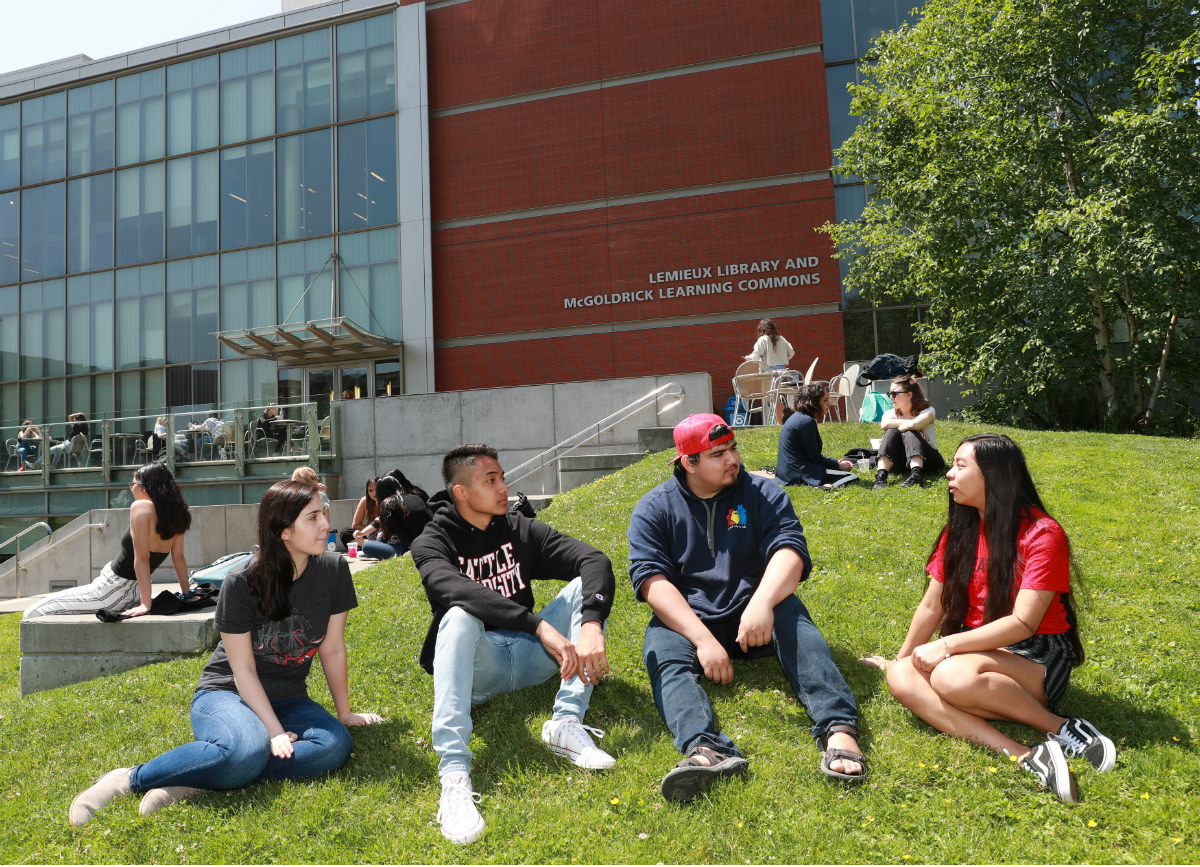 Several recently released college rankings recognize Seattle University’s upward trajectory among the best universities/colleges in the nation, noting high marks for academics, career outcomes, service learning and sustainability. And a study by Georgetown University about the return on investment of a college education showed that it’s clear that a Seattle University education does pay off.

Seattle University improved its position in the latest Wall Street Journal/Times Higher Ed college rankings for 2020. The university moved up to #113 from #148 in 2019, which placed it in the top 15 percent of the 801 schools measured. Seattle U ranked #21 of 122 Western region universities.

In U.S. News & World Report Best Colleges 2020 rankings, Seattle U was included in the national university category for the first time after being ranked consistently in the Top 10 in the regional category. With the new ranking, Seattle U is tied for #139 among 399 national universities.

And College Factual's 2020 Best Colleges ranking placed Seattle University in the top 15 percent of colleges nationwide. Criminal Justice and Nursing ranked in the Top 5 percent, with several other academic programs in the top 10 and top 15 percentile. College Factual also said that alumni who received undergraduate degrees from SU were among the highest paid in several fields.

SmartAsset.com measured starting salaries among graduates from Washington colleges and ranked Seattle U #2 in the state with an average salary of $59,400 annually, only $500 behind top-ranked University of Washington.

“I am pleased to see growing national recognition for Seattle U’s strong academics, accomplished faculty, great career outcomes for students and steadfast commitment to sustainability,” says Provost Shane P. Martin. “The rankings attest to our commitment to excellence and providing a high-quality Jesuit education so that our students are prepared for professional and personal success and empowered to shape a better world for all.”

In August, The Princeton Review – for the 17th year running – included Seattle U as one of the best colleges in the nation for undergraduate education when it published its Best 385 Colleges 2020. The university also is listed among the “Best Regional” universities in the guide.

In July, Seattle U was included in the 2020 edition the Fiske Guide to Colleges, which profiles more than 300 of the “best and most interesting” colleges in the country.

Data from the Georgetown study called "The First Try at ROI" showed that for Seattle U:

- After accounting for the cost of completing an undergraduate degree, the years invested in finishing the degree instead of working full-time, and the interest costs of student loans, a typical Seattle U undergraduate will benefit financially over their career by well more than $1 million.

- This puts Seattle U in the top 7 percent of the more than 4,500 public and private schools the Georgetown report gathered data on and represents almost $275,000 above the average 40-year net present value for all the private institutions measured.

U.S. News defines national universities as those that offer a full range of undergraduate majors, plus master’s and doctoral programs. Seattle U was placed in the category after the Carnegie Foundation Basic Classification of Institutions of Higher Education moved the university from its “Master’s Colleges and Universities: Larger Programs” category to “Doctoral/Professional University.”

U.S. News also recognized Seattle U in several specialty rankings, including a tie for #5 in service learning, a tie for #26 (top 15 percent) in best undergraduate engineering programs and a tie for #128 (top 25 percent) of undergraduate business programs. The finance and accounting programs were tied for #24 and #40 rankings respectively.

Additionally, the university tied for #49 in the best undergraduate teaching ranking and placed #85 in best value schools. The university was also included in the unranked categories of campus ethnic diversity and most international students.