Father Lucas prepares for next chapter 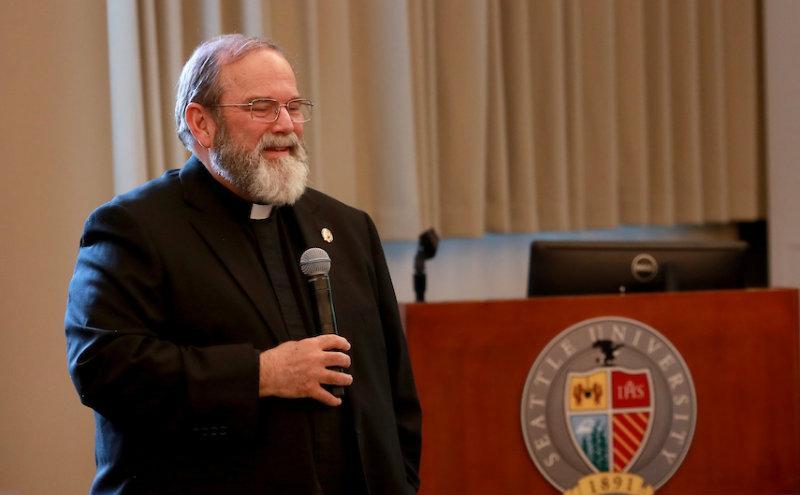 Completing a six-year term as rector of SU's Arrupe Jesuit Community, Tom Lucas, S.J., was honored at a reception on May 22.

President Stephen Sundborg, S.J., announced earlier in the month that Father Lucas will be taking on a new assignment for the Jesuits in July. “In addition to his role as Rector,” Father Sundborg wrote, “Tom is also the University Art Curator, University Professor of Art and Art History, and a member of the Board of Trustees. Tom has been generously involved with the Center for Jesuit Education, the Institute for Catholic Thought and Culture, Campus Ministry and the development of the Center for Science and Innovation.

“I hope that you…join me in thanking Tom for the ways he has served our SU community over the past six years and to wish him well for the future.”

As part of the reception, Father Lucas gave a public lecture on “Spiritual Practice and the Sacramental Imagination.”