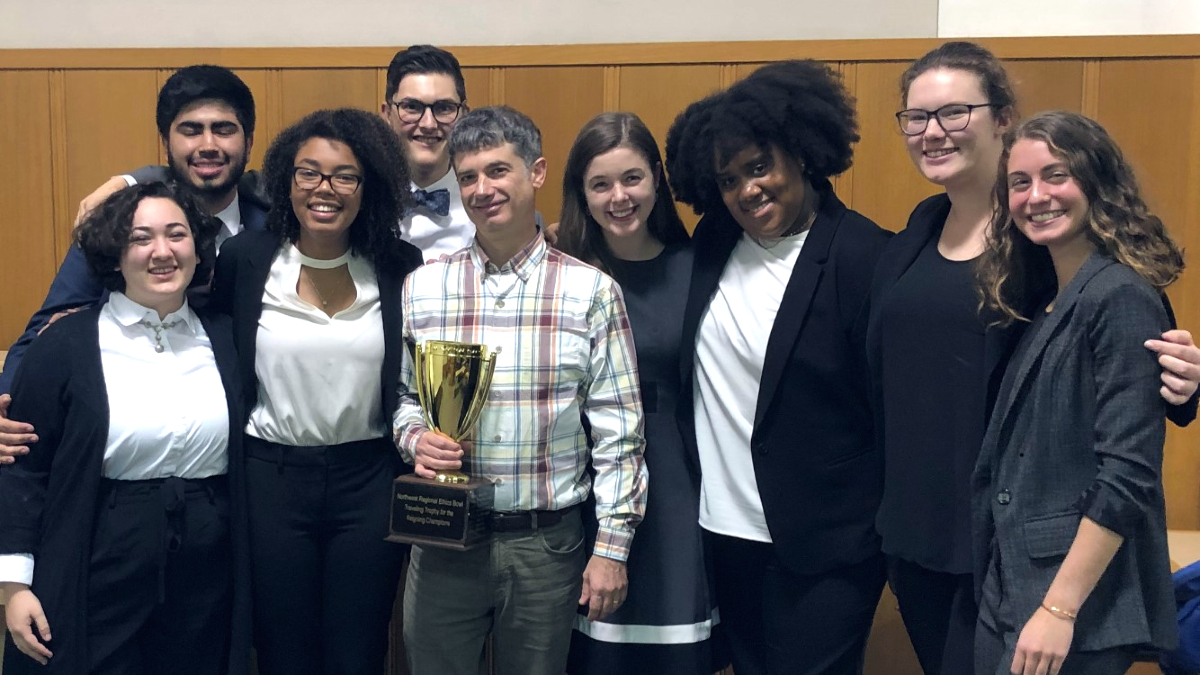 The victory earned the team a bid to the national competition for the third year in a row.

Students who compete in Ethics Bowl spends months studying public policy controversies and then use political and moral philosophy to answer questions about these cases in front of a panel of judges. This year's cases included student loan forgiveness, regulating online hate speech, and the use of open source software in medical devices.