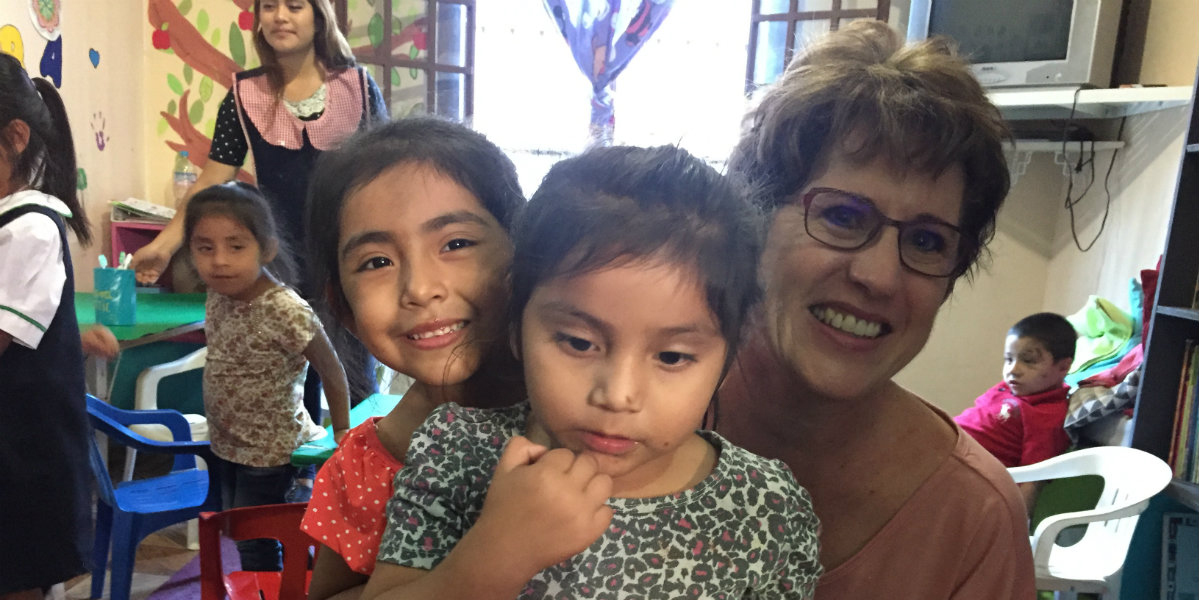 The author visits the VAMOS! Children’s Project in Cuernavaca, a small non-profit organization founded in Vermont that works with the poor in Cuernavaca, Morelos, Mexico. VAMOS! is an acronym for Vermont Associates for Mexican Opportunity and Support.

About 25 miles south of Cuernavaca, Mexico, the town of Jojutla sits near the epicenter of the 7.1 earthquake that shook it to rubble on September 19, 2017. The devastation was mind-boggling, streets filled with the remains of homes and businesses. Blue tents donated by the Chinese comprised multiple tent cities, providing shelter to thousands of people who had lost everything. As we handed out bags of food staples to people waiting patiently in line with small children in tow, I couldn’t help but notice all of the Mexican people with shovels in hand clearing the wreckage, others distributing collected clothing. There’s no telling if or when government aid will come. In Mexico, the people must depend on one another.

This is just one of several encounters on the Guadalupe Faith and Hospitality Experience that remains etched in my memory. Each December for the past 15 years, Jeanette Rodriguez, PhD, Theology & Religious Studies, has led a group of Seattle University faculty, staff and community members from outside campus on this transformational journey to Cuernavaca. Hosted by an order of Mexican Benedictine nuns who serve at the Guadalupe Center, this social justice immersion addresses the need to “build bridges of understanding between north and south, rich and poor, and differing cultures and religions.” The 10-day trip concludes with participation in the pilgrimage to the Basilica of Our Lady of Guadalupe in Mexico City. One of the most important pilgrimage sites of Catholicism, the Basilica is visited by 18 to 20 million people on December 12th each year, Guadalupe’s feast day.

I was thrilled when notified that I would be one of eight participants on the 2017 trip, which included faculty from the College of Arts and Sciences departments of History, Islamic Studies and Anthropology; the College of Nursing and the School of Law; a staff member from Marketing Communications; and two outside community members. Following is an abbreviated account of the trip.

Of the many gifts that our hearts received throughout this transformational journey, the first and one of the most indelible, was our time with the 12 Sisters at the Guadalupe Center. Through our daily participation in prayer and song, shared meals and evenings spent together, reflecting on the day’s experiences, we were able to connect with the Sisters in a way that transcended our limited language capabilities. When verbal translation was needed, however, Dr. Rodriguez and Sister Reyna mastered the task.

We toured two Children’s Projects, which were built with funds raised by North Americans who had spent time in Cuernavaca. These donors had seen the impoverished conditions in which children and their families were living and decided to make a difference. The benefactors provide training and community members, primarily parents, run the projects with the help of volunteers from abroad. Children receive academic instruction, extra-curricular activities, healthy food, a caring environment and hope for a better future.

The Project sites are surrounded by makeshift homes where the children live with their families. In l’Estacion, an impoverished urban barrio (neighborhood) surrounding an abandoned train station, we visited a family living in a former box car. The couple’s grandchildren, who reside with them, attend the l’Estacion Children’s Project, where Grandma Francesca volunteers. The Project had put a new roof on the box car, so the family no longer got wet when it rained. Francesca and her husband, Justin, were an animated couple, who welcomed our group and conveyed their gratitude for “people like us” who help them, and for the opportunity that the Children’s Project provides their grandchildren.

During our visit to the rural home of Ignacio Torres, aka “Nacho,” an Indigenous man and member of the National Indigenous Congress (CNI), we learned how Indigenous people have suffered throughout history, first at the hands of the Spanish Conquistadors up to the present day. Nacho told us of the Nahua people’s spirituality, the importance of seeds and the land as well the seven directions and corresponding colors. He took us to a sacred place in the forest and performed an Indigenous religious ceremony. At one point, as we prayed, the wind suddenly kicked-up with gusto, snapping tree branches. It died as quickly as it had appeared. Was God speaking to us? It was a magical moment. During our time there, Dr. Ted Fortier, an anthropologist and our trip co-facilitator, provided context and interpretation of the hieroglyphics that appeared on rock walls framing this sacred location.

At the end of our time in Cuernavaca, Dr. Rodriguez taught a seminar on Our Lady of Guadalupe, a subject on which she has published. This provided us an understanding of the holy events that took place on Tepeyac hill in Mexico City and the Mexican people’s great veneration for Guadalupe; it enabled us to more fully appreciate the pilgrimage in which we would take part. We said good-bye to the Sisters and received from them a special blessing.

We traveled by van to Mexico City on December 11th, where we stayed at the Mother House for the Benedictine Order. The house sat within walking distance of the Basilica of Our Lady of Guadalupe, where thousands of pilgrims had already started gathering for the great festival in reverence to the patroness of Mexico. Some had walked from miles away; some had come on their knees. Others had come on bicycles, standing in the back of pick-up trucks or by car. Many carried statues and pictures of Guadalupe to be blessed. They camped in the large square in front of the Basilica, which houses Juan Diego’s tilma (cloak) on which Guadalupe imprinted an image of herself in 1531. This is the miracle that the pilgrims come to see every year on her feast day. Priests from all over Mexico perform masses in the Basilica; choirs perform all day and all night. At midnight the pilgrims sing to Guadalupe, and the next day Indigenous people dance in the square wearing their traditional dress. It is an event to behold.

I returned from the Guadalupe Faith/Hospitality Experience with three distinct impressions. One, is the contrast between the warmth, hospitality and graciousness in which our group was received by the most marginalized and impoverished of Mexico’s people and the way that Dreamers and undocumented migrants are treated in the United States. The second is the Mexican people’s will to survive and the power of community in lifting children up and giving them a shot at a better future. Third, a draw (calling?) that I feel toward working with children in developing countries was confirmed.

If you are interested in participating in the December 2018 Guadalupe Faith and Hospitality Experience or have questions, contact Prof. Jeanette Rodriguez, jrodrigu@seattleu.edu.