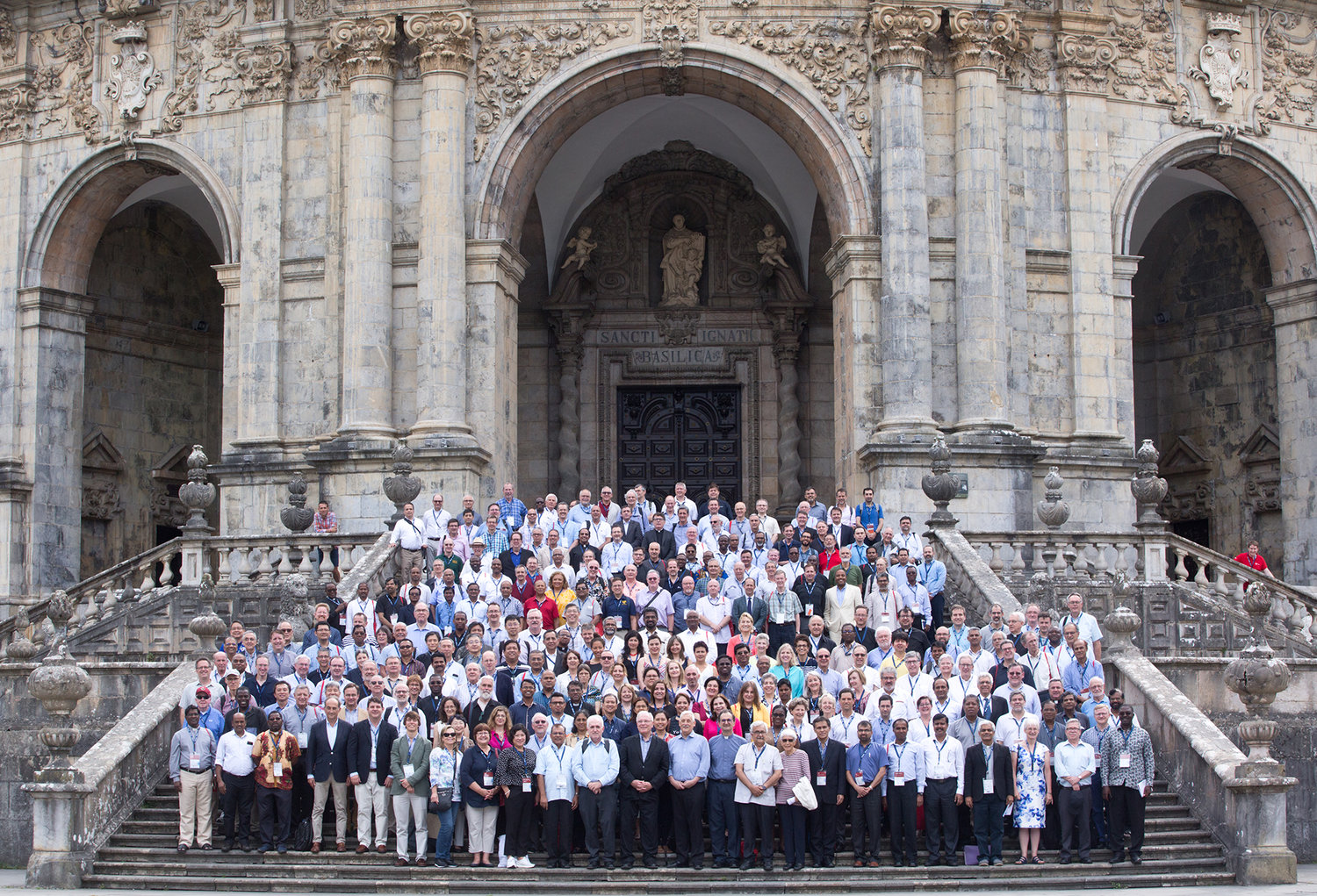 Last month, during a gathering in Bilbao, Spain, representatives from more than 200 Jesuit institutions and organizations around the world—including President Stephen Sundborg, S.J., and three other delegates from SU—signed onto a charter establishing the International Association of Jesuit Universities (IAJU). The signing fittingly took place July 11 at the Basilica in Loyola, where Saint Ignatius, founder of the Jesuits, was born, about an hour's drive from Bilbao.

With universities in nearly 50 countries, the scale and reach of Jesuit schools is unrivaled—not only within the realm of higher education, but in other sectors, too. Signed by Arturo Sosa, S.J., superior general of the Society of Jesus, the charter formalizes as never before this network of institutions of Jesuit higher education, setting the stage for new and deepened collaborations among universities worldwide.

IAJU is organized into six regions—Africa, East Asia, South Asia, Europe, Latin America and North America—and leverages the work already being done by those region’s Jesuit bodies such as the United States’ Association of Jesuit Colleges and Universities (AJCU).

Father Sosa met with met with each regional delegation during the meeting, and spoke about the university as “a source of reconciled life”:

“Through its commitment to the university, the Society seeks to contribute to turn the word of Jesus into a historical truth: ...I came that they may have life, and have it abundantly (John 10:10). Reconciliation is possible when there is life. Life produces reconciliation, which in turn makes life full. Reconciliation is a way of returning to life and making it grow toward fullness. A full life entails a kind of love capable of giving one’s life so that all may have life. The growing commitment of the Society of Jesus within the university’s endeavor takes on its meaning through the desire to effectively contribute to enabling a dignified full life for each and every human being, both in the present and in the future.”

Many who participated in the gathering were moved by the unifying power of Jesuit education. “It was clear that (the attendees) shared a mission, values and a common purpose, regardless of their language or continent,” said SU’s Executive Vice President Tim Leary, who attended the gathering.

It was also clear to Leary and others that Jesuit universities are shaped largely by their diverse socioeconomic contexts. “When Jesuit institutions in the U.S. talk about social justice,” Leary said, “we talk about service and other issues such as sustainability and divestment, and these are legitimate. But for Jesuit universities in (other parts of the world), social justice is about how the university can stay afloat and help people develop as human beings at the most basic level. It’s a real challenge for many of the universities in North America to see the vision and mission (of Jesuit education) through the eyes of people living on the margins.”

So what’s next for the nascent association? To a large extent, IAJU will come to be what its members make of it. Its charter does provide a broad framework of the association’s identity, mission and purposes, as well as details on governance and the general assemblies (to be held every three years). The association’s six working groups give a sense of what sorts of issues it will take up. These are:

Joe Orlando, director of the Center for Jesuit Education was part of an eight-person North American delegation that helped plan the Bilbao meeting and served as an SU delegate (as did Erin Swezey, faculty member in the College of Education’s Student Development Administration program). Orlando sees IAJU as unlocking many new opportunities for Jesuit universities throughout the world. “(Those of us in Jesuit education) have always had a presumed sense of being in a global network,” he said. Now, he adds, with a formal charter, “the door is there” for more robust collaborations. “We can now move forward together in more practical ways.”

In this regard, the delegates wasted no time. During the Bilbao gathering, they approved a statement in support of University of Central America (UCA), a sister Jesuit school in Managua, Nicaragua, which is at the center of a violent repression being undertaken by the government.

“When the Nicaraguan contingent told us about the need to get behind UCA,” Leary said, “No vote was taken; no vote was needed. The whole group stood and applauded. It was a very powerful moment.”

And perhaps a glimpse of what might be possible when faculty and staff at Jesuit universities throughout the world come together behind a common purpose.

You can learn more about IAJU here.