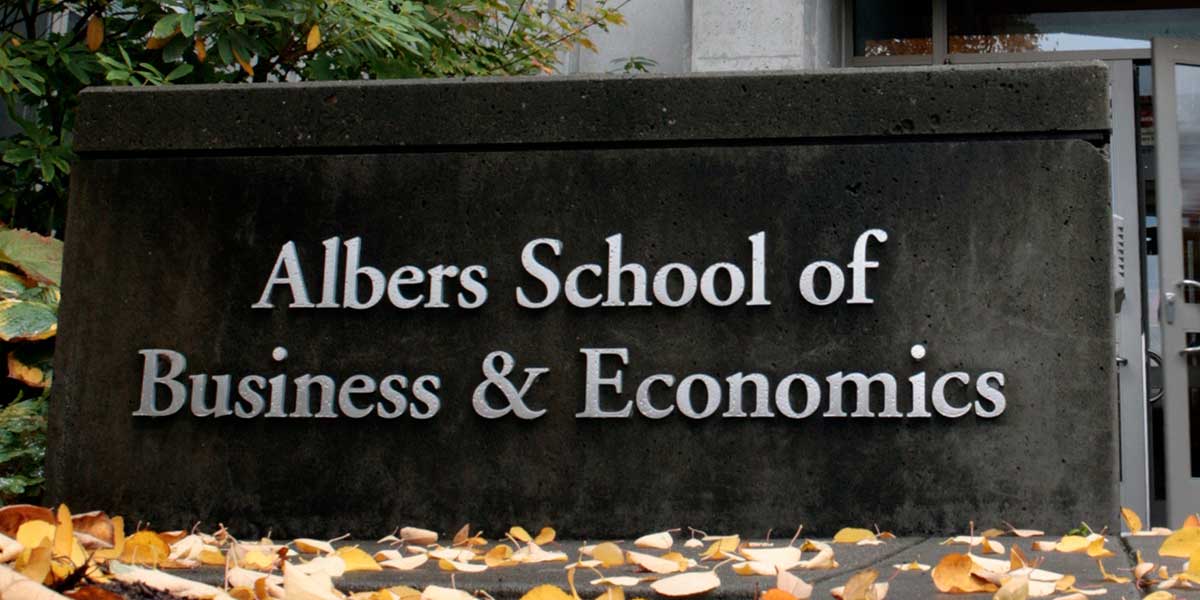 Emeritus professor in Albers was committed to his students and those in need.

Following is an obituary provided by the family of John Harding.

John McMillan Harding, emeritus professor of accounting, passed away Sept. 6 at the age of 97. 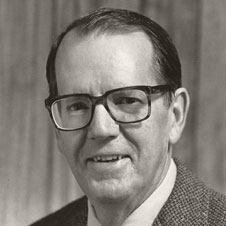 Harding met the love of his life, Juliet (Judy) Fiske, in 1946. They were married in 1948 and settled in Seattle, where John worked in law and banking. In 1958, they moved with their six children to Omaha, where John eventually found his calling as an educator, teaching business law. In 1975 John accepted a position at Seattle University’s Albers School of Business and taught until retiring in 1993.

A devout Catholic, John hoped to “find ways to be of use and of help to others who have not been nearly so fortunate as I have been.” Shortly after arriving in Seattle in 1975, John established the Volunteer Income Tax Assistance program to help individual taxpayers cope with the complexity of filing an accurate tax return. Based at Mt. Zion Baptist Church, it became the second largest such program in Washington State. For 32 years John played a primary role, assisting thousands, including some who returned every year thanks to the kind and attentive support they received. Before the age of computer accounting, John developed a 1040 tax return program on his Apple and updated it annually (until age 86!).

As his longtime colleague put it, “John embodied lifelong learning and service to community.” The low-income tax preparation programcontinues to this day. The Albers School of Business named its accounting service award in John’s honor.

A memorial service for John will be held at St. Therese Church on Monday, Oct. 22 at 11 a.m. Messages of condolence, photos and stories may be sent to John’s family at RIPJohnHarding@gmail.com.