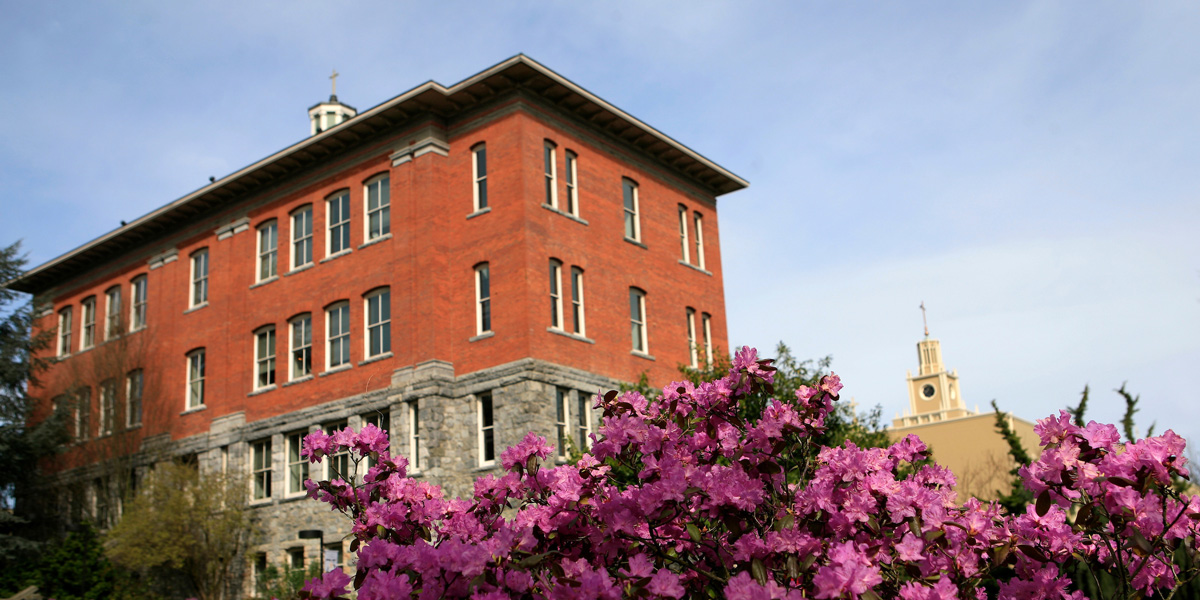 Angie Jenkins and Yolanda Cieters were announced as recipients of the 2018 Exemplary Staff Awards at Seattle University’s Faculty and Staff Appreciation Event on May 24.

Also honored at the event was Associate Professor of English Christina Roberts, who President Stephen Sundborg, S.J., previously announced as the 2018 recipient of James B. McGoldrick, S.J., Fellowship, the highest award the university confers on a faculty member.

Jenkins, director of Learning Assistance Programs, received the Excellence in Leadership award, and Cieters, sustainability manager in the Center for Environmental Justice and Sustainability (CEJS), received the Lee Thurber Award, which is named for a longtime staff person who worked in the President’s Office.

In announcing Jenkins as winner of the exempt staff award, Executive Vice President Tim Leary said: “This is a person who clearly has given way above what is asked of her in the job. She treats each person as a unique and important individual. She motivates others through enthusiasm, commitment and is a true example of the vision, mission and values of Seattle University.

“Her demonstrated commitment goes well beyond her own position in her department. People know her throughout the institution, and that speaks to who she is and what she’s been able to accomplish here.”

Before reading excerpts from some of the colleagues and students who supported Jenkins’ nomination, Leary said, “I don’t know if we’ve ever had this many nominations for any one person who’s won this award.”

Jenkins gratefully accepted the award noting that the one minute she was allotted for her remarks “was about 60 seconds too long.”

In nominating Cieters for the nonexempt award, Phil Thompson, director of CEJS, recognized her “persistence and a positive attitude” and called her “one of the most passionate and dedicated employees that I have ever known.”

Jean-Paul Wallis (Civil and Environmental Engineering, ’18), who worked with Cieters as a student intern at CEJS, wrote: “I can confidently say that Yolanda embodies the characteristics of a staff member who goes far beyond her role to interconnect and improve the greater Seattle University community.”

Cieters expressed how touched she was when President Stephen Sundborg, S.J., notified her of the award at a recent meeting of the President’s Committee for Sustainability, and shared—to uproarious laughter—how one of her daughters relayed to Cieters’ parents in Belgium that “Mama had received the award of employee of the universe.” Cieters continued, “But please know that the reason I’m standing here is because of this universe.”

In addition to Roberts, Jenkins and Cieters, special recognition was given to Bob Dullea and Paulette Kidder who served as interim provost and interim dean of Matteo Ricci College, respectively, for the past two years. Kidder will continue to lead Matteo Ricci as it transitions to become incorporated into the College of Arts and Sciences. Joelle Pretty, director of premajor studies and student academic persistence, was also recognized for serving for a year as interim executive director of Career Services.

Also recognized at the event were a number of colleagues marking significant milestones or retiring from the university.