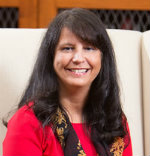 Betty Binns Fletcher served as a judge on the U.S. Court of Appeals for the Ninth Circuit from 1979 to 2012. The Washington native was one of the first women to become partner at a major law firm and the second woman to be appointed to the Ninth Circuit court.