An Evening with John Kerry 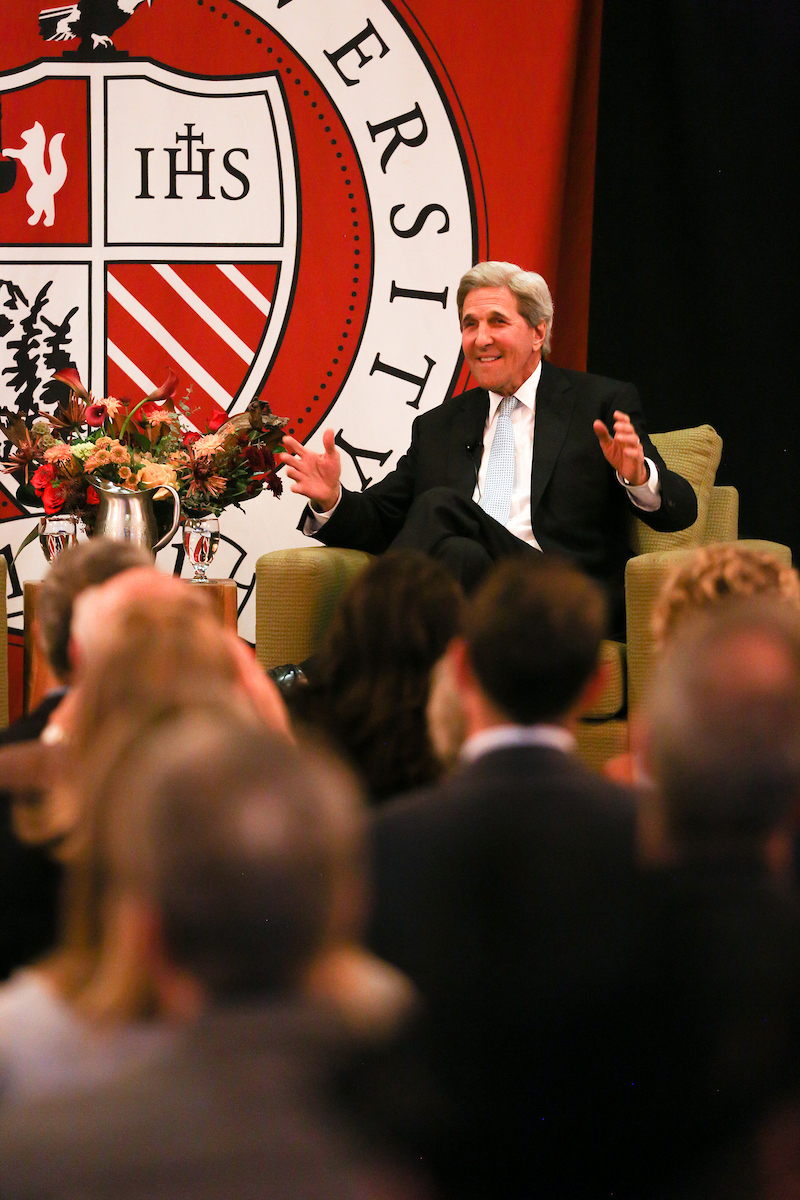 Former Secretary of State and U.S. Senator John Kerry called for a return to civility in American politics and a renewed commitment to the responsibilities of citizenship in an address at Seattle University Monday night.

"We're in trouble right now. I hate to say that," he said. "But I'm profoundly optimistic about what we can do and where we can go from here."

In an event co-sponsored by Seattle University School of Law, the School of Theology and Ministry, the College of Arts and Sciences, and Elliott Bay Books, Kerry spoke at length about his new memoir, Every Day is Extra.

Law Dean Annette E. Clark '89 introduced Kerry at the event, proudly noting that he received his law degree from a fellow Jesuit institution, Boston College. "Yes," he laughed, "I got a little Jebbie education."

"Every Day is Extra" contains thoughtful reflections on Kerry's nearly 50 years in public service. Born the son of a diplomat, Kerry went on to serve his country as a decorated Vietnam veteran, five-term United States senator, 2004 Democratic presidential nominee, and Secretary of State. In that position he tried to forge peace in the Middle East, dealt with the Syrian civil war while combating ISIS, and negotiated the Iran nuclear deal and the Paris climate agreement.

Kerry served in the U.S. Senate for five terms as a Democrat representing Massachusetts. He reminisced about how Congress was not as bitterly divided along party lines. In particular, he fondly recalled working across the aisle and building friendships with Republicans John McCain of Arizona and Ted Stevens of Alaska, who have both since passed away.

"We welcomed the notion of compromise because that was the only way to get work done," he said.

Kerry blasted President Donald Trump for his crude language, his lies, his "overt corruption," and his lack of leadership, particularly on the issue of climate change. "We have to win back a sense of propriety and decency," he said.

That can only happen if more people do the "hard work" of participating in democracy, he said. And that means voting. Only 54.2 percent of eligible Americans voted in the 2016 elections, he said. "The story of America right now is the story of people who don't vote."