Add Your Voice in Support of Nicaragua

Update – June 21, 2018: A total of 629 members of the SU community signed onto the university's statement of solidarity with the people of Nicaragua. Signing on were 54 alumni, 142 faculty, 152 staff and 281 students.

President Stephen Sundborg, S.J., is calling on the SU community to support the people of Nicaragua by signing onto a statement of solidarity. Here is the president's June 6 message in its entirety: 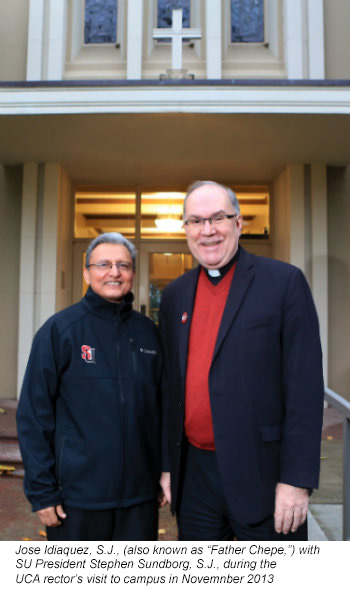 The country of Nicaragua has been in crisis for more than six weeks as the government has taken violent measures to repress protests, leaving more than 115 people dead and 1,000 injured. I write to you today with an important request: I am asking you to consider signing a statement of solidarity with the people of Nicaragua.

For Seattle University, the unrest in Nicaragua hits home in a particular way, as our sister Jesuit institution, the Central American University (UCA), is located in the capital of Managua and is at the center of the crisis. Our university shares with UCA a longstanding and special relationship, as formalized through an agreement in 2014, and this partnership is now part of the university’s Central America Initiative, which Dr. Serena Cosgrove leads as faculty coordinator.

Over several years, faculty, students and staff at SU have collaborated with colleagues at UCA on a number of scholarly and programmatic activities. Many in our community have had the opportunity to visit UCA, and several of their faculty, students and staff have spent time with us, including Father José Idiáquez, S.J., who leads the university as rector and has been a target of death threats in recent weeks.

As a Jesuit institution committed to building a more just and humane world, we are called to support our brothers and sisters in this time of need. Please join me in signing the statement of solidarity by June 15, and in praying for peace and justice for all people of Nicaragua.