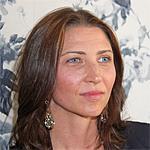 Siemion, class of 2000, didn’t know much about Seattle University when she decided to give it a try, just that a good friend was a student and recommended it. It didn’t take long for her to find her place.

“I had been focused on social justice while in high school, and at Seattle U it’s built into the culture,” she said. “It was a great fit.”

Siemion credits the Honors Program curriculum and the close attention paid by Professors Madsen, Fisher, and Bosmajian with helping her get through difficult circumstances and prepare her for law school and eventually her dream job.

“The oral exams were horrible—they put you in the hot seat and expect you to answer questions fired at you from a panel of professors. It forced me to develop skills that I still put to good use every day,” she said recently on a visit to Seattle from her home in Washington, D.C.  “During my freshman year, Dr. Fisher recommended me to work as a writing consultant in the Writing Center. That experience helped me develop the skills needed for legal writing, where you often have to collaborate, accept feedback, and go through several drafts.”

It was Professor Fisher who suggested law school: “He called me into his office after an Honors program paper conference—where he had watched me critique another student’s paper—and I was afraid that I was in trouble. But then he said, in his very scary and famously blunt Dr. Fisher voice, ‘Ms. Siemion, have you considered going to law school? Because you belong there. The last student I had with your critical thinking skills is now at Stanford Law School.’ He really encouraged me to go to law school and gave me a huge boost at a time when I needed it.”

Siemion earned her J.D. from George Washington University School of Law and then her LL.M. in National Security Law with a certificate in Human Rights Law from Georgetown University. She also spent a summer at Oxford University studying international human rights.

“We are dealing with one of the most complicated issues of our time,” she emphasized. “The threat of terrorism is real but we can’t lose sight of the importance of human rights as we work to reduce that threat”

At Human Rights First, a nonprofit that accepts no government funding, Siemion focuses on the legal frameworks that govern U.S. counterterrorism operations at home and abroad, including the law of armed conflict and international human rights law.  She works collaboratively with national security experts in Congress as well as at the Department of Defense, State Department, and National Security Council at the White House.

“The United States has long championed human rights,” she said. “My strong foundation from SU in thinking critically and fighting for social justice has been essential for my work to bring drone strikes in line with international law and to end indefinite detention and military trials occurring at Guantanamo Bay. As Americans, we must strive for policies based on legality, accountability, and justice. Other nations look to the United States for leadership on human rights.”