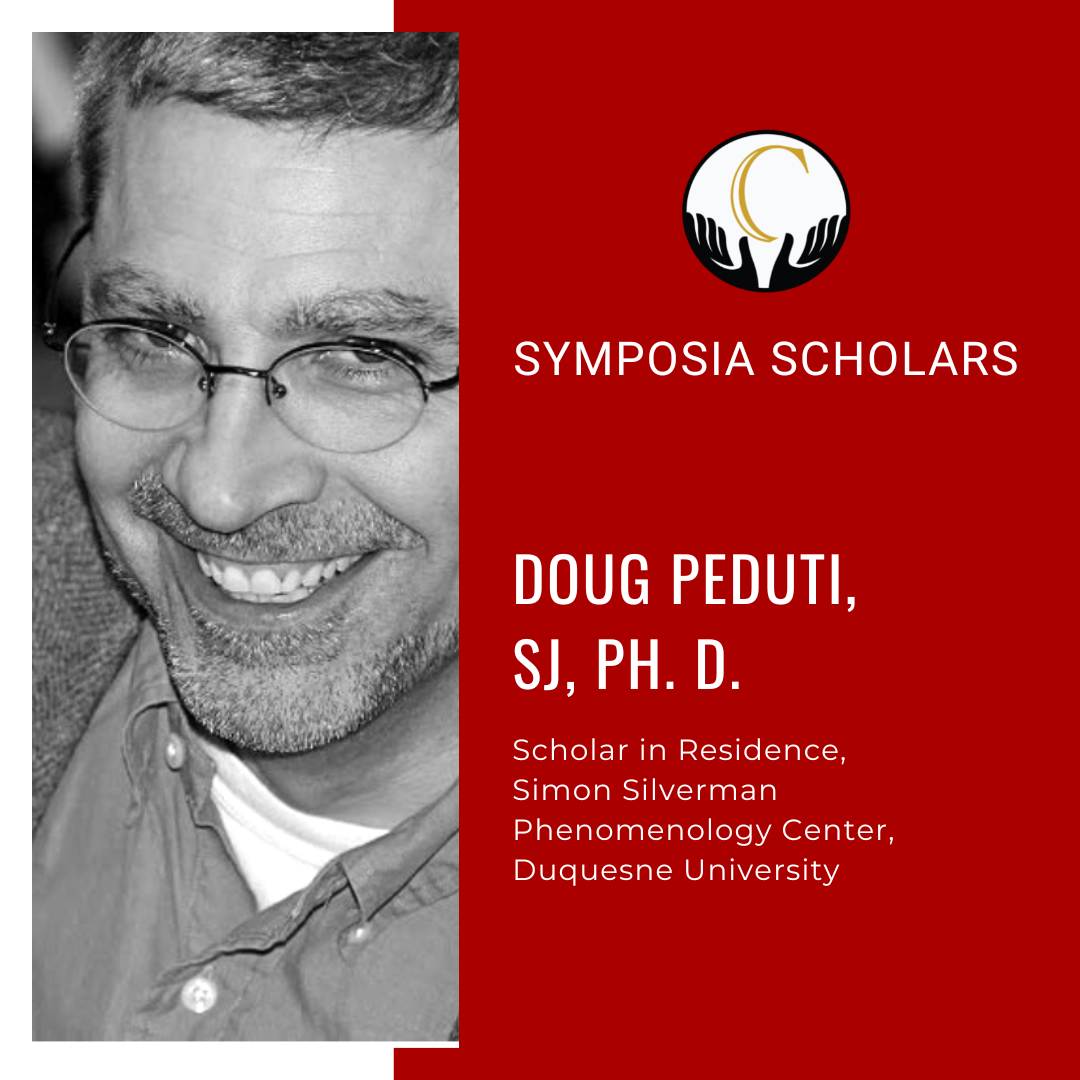 Born and raised in the Pittsburgh area of southwest Pennsylvania, I was raised on a farm and enjoy hiking in the great outdoors and the spiritual strength that it implicitly shelters. Interested in religious life, I entered the Jesuits in 1983 and was ordained as a Jesuit priest in 1996. My academic and ministerial focus is on bridging the religious, cultural, and linguistic depths of the human spirit and experience.

I earned a PhD degree in philosophy from Duquesne University. As a department focusing on phenomenology, Duquesne's philosophy fostered seeing and thinking in new ways of understanding. Thus, my 2009 doctoral thesis (Sprache als Be-wëgen: The Unfolding of Language and Being in Heidegger’s Later Works, 1949-1976) focused on Heidegger’s understanding of language, that more than a tool to communicate, language informs and transforms us. Thus, for me, language is the avenue that can bridge divisions and create new avenues of engagement. Working on interreligious and interdenominational dialogue with Japanese and Buddhist scholars of Koyasan University was my recent concentration. Then, I translated the correspondence between Rudolf Bultmann, a Protestant theologian, and Martin Heidegger on the relationship between philosophy and theology. My current project is translating Heidegger’s Seminars from GA 83, which discusses, among other topics, authenticity and how we know what is true, time, and the destructiveness of modern technology.

Working at several Jesuit Higher Educational Institutions during and after completing my dissertation, I have acclimated to many cultural and religious environments. During that time, I have taught courses on Philosophy of Human Nature, Philosophy of Language, Existentialism, Phenomenology, Later Heidegger, Heidegger: Being and Time, Applied Ethics, Logic and Knowledge, Ancient Metaphysics, and Medieval Metaphysics. I have also been part of Georgetown University’s Institute for Interreligious Dialogue with Dr. John Borelli, special assistant for Catholic identity and dialogue to President John J. DeGioia of Georgetown University in 2007.

Ultimately, though, I am keenly interested in investigating and facilitating avenues of dialogue between religions and cultures in order to find our shared spiritual connections.