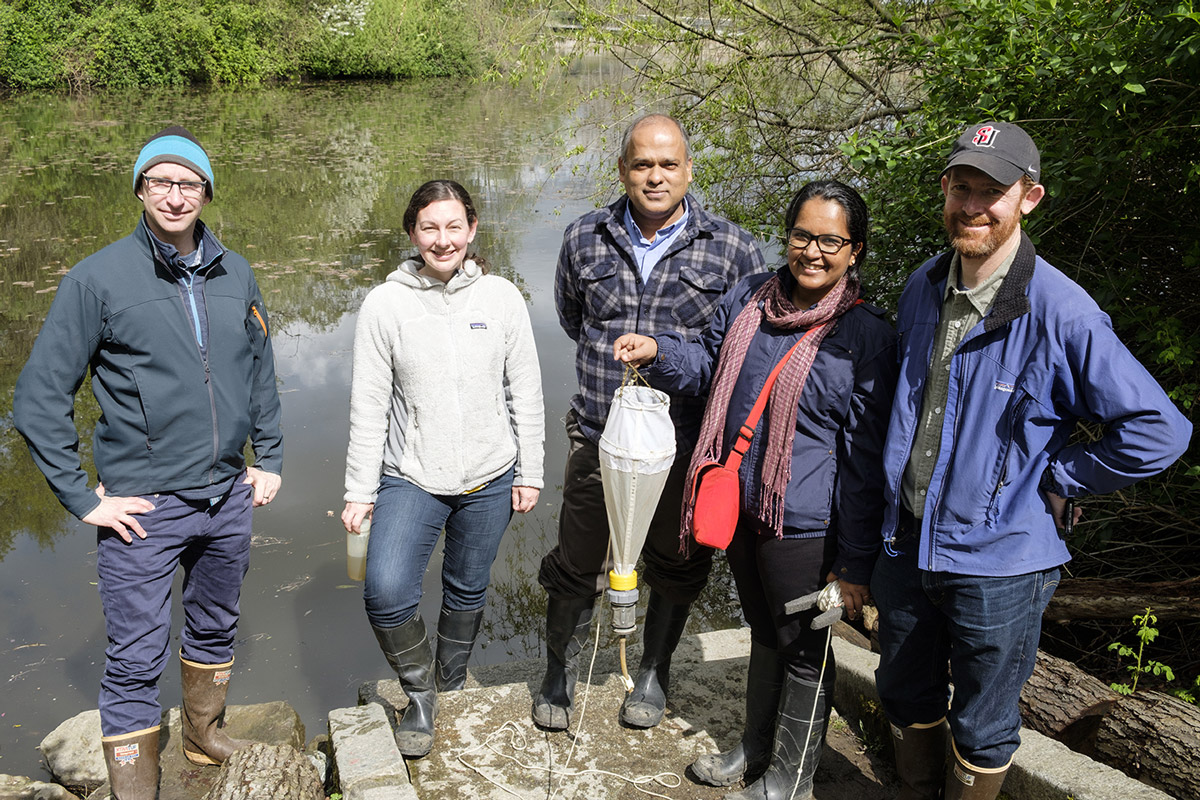 Since 2013, the trio has mentored CSE students who gather evidence during a summer research project to further the hypothesis. Lessons gleaned are then carried through each of the professor’s classes for the benefit of all their students. The student whose hypothesis initiated the project graduated in 2017 and landed a job with the National Oceanic Atmospheric Administration (NOAA) – National Marine Fisheries Service.

Seattle U’s new partnership with St. Joseph’s College in Bangalore, India, has opened up the possibility of expanding the lake research internationally. During a St. Joseph’s delegation visit to SU’s campus in fall 2017, Stenbak, Whitlow and Zanis taught their research methods to their St. Joseph counterparts.

“At SU and St. Joseph’s, research is centered on the student experience,” Stenbak says. “We’re doing global, collaborative research that addresses critical urban health issues while providing students with the technical skills and cultural awareness to prepare them for the scientific careers of the future.”