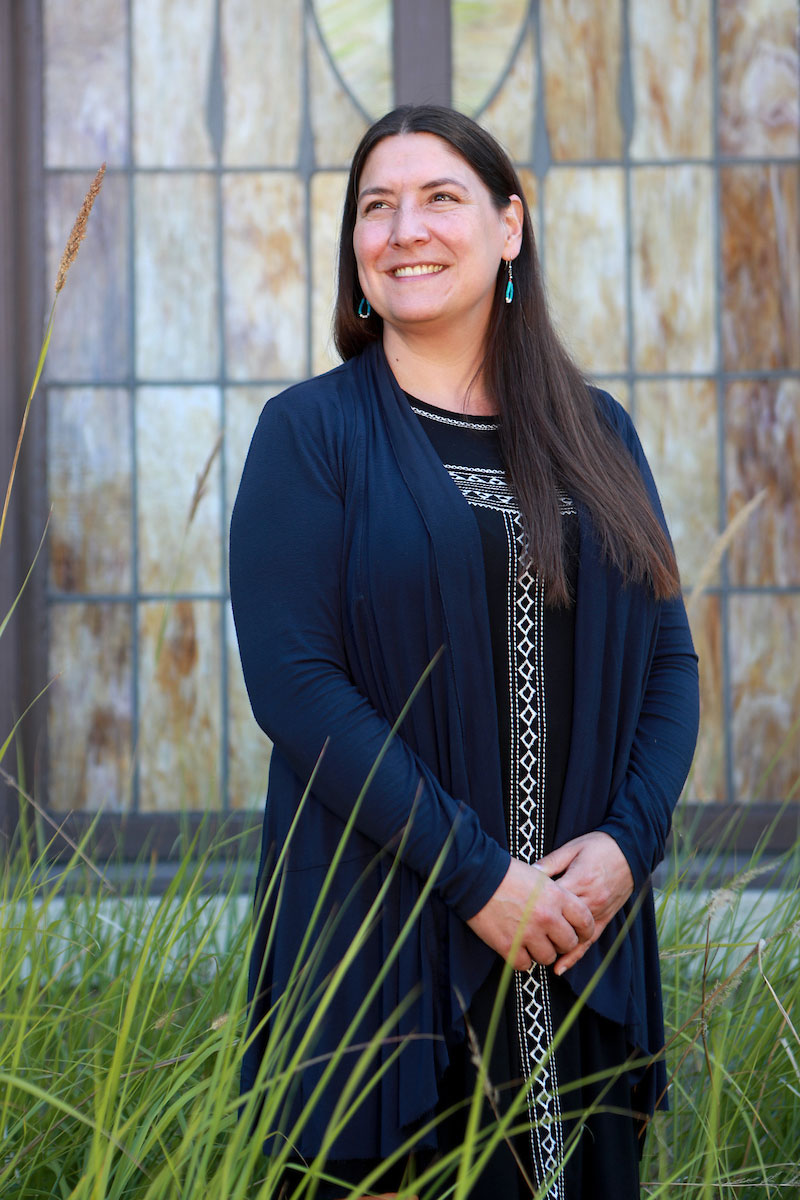 Dr. Christina Roberts never expected to go to college, let alone become an associate professor of English. An enrolled member of the Fort Belknap Indian Community, Roberts grew up in South King County, knowing neither the cultural support of a tribal community nor the security and privilege many young people take for granted. That’s why she now extends herself as a mentor to Seattle U’s first-generation and underrepresented students, both as a teacher and the founding director of Seattle University’s Indigenous-Peoples Institute (IPI).

“It’s about developing trust so students can be vulnerable with me about different situations,” she says. “I can meet the needs of students who have not historically had their needs met in a private university setting.”

Roberts came to Seattle U in 2007 because she appreciated the Jesuit pedagogy that creates a “two-way” exchange between student and professor.

“I love teaching. It’s why I’m drawn here,” she says. “There’s something in the air that prioritizes the relationship between the faculty and the students.”

As IPI director, Roberts works with people across the university and beyond to provide support for Native American students. She works in partnership with the university, the College of Arts and Sciences and native leaders from the region.

Roberts might not be where she is today were it not for the support of Upward Bound, which helped her graduate high school, and the McNair Scholars Program, which provided academic and professional-development support as she applied to graduate school. Now she is the one helping students surpass what they think is possible in their lives.

“I aspire to listen to where students are coming from … and to hear their hopes and their goals,” she says. “Success looks different for different people.”