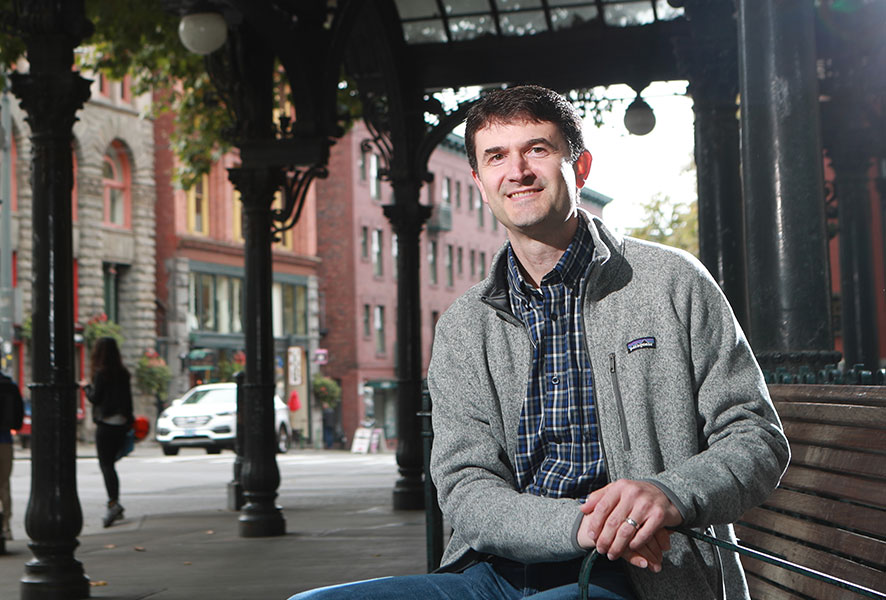 For 14 years, social worker Paul Kelly, ’18, walked side-by-side with people living on Seattle’s streets. “The thing that was profound to me was recognizing the innate human dignity of all of my clients,” Kelly says. Until one day, he needed a change.

Having entered the field in 1997 as a shelter counselor, Kelly had since held numerous positions providing care to clients experiencing homelessness, severe mental illness and other disabilities. In 2015, while working as a case manager, Kelly felt something shift. He knew he needed a break and considered a career change. But after exploring nursing and divinity school, he discovered that social work was the best fit for him.

"I have a natural ability to relate to people who are marginalized and struggling,” Kelly says. “It made more sense to build on that, to use a master’s degree to expand on that compassion in moving forward.”

Seattle University’s Master of Social Work program was a revelation to Kelly. Steeped in history and policy, it offered a new lens on his longtime profession and his years of practical and clinical experience.

“It challenges students to respond to the historical and social policy contexts, which explain a great deal of individual suffering,” Kelly says.

Kelly is ready to return to helping people in need. But his interests have expanded from clinical social work to addressing structural causes of poverty and homelessness. Unchanged is his passion for serving all with dignity and his eagerness to work on behalf of those who have been neglected and forgotten.