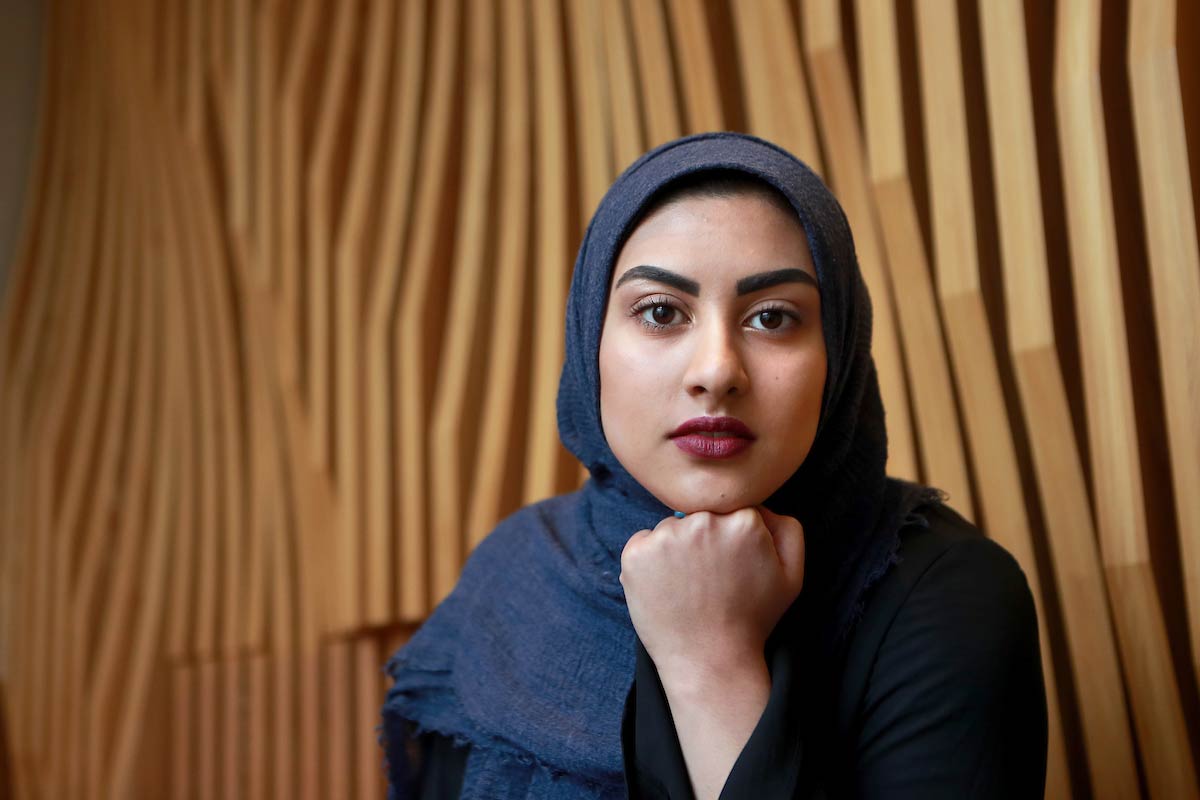 Haleema Bharoocha, ’18, wants people to know that although she is an accomplished, capable leader, the process of becoming who she is today has been a messy and humbling learning process. Having entered Seattle U at age 17 with three community college degrees, she says the university’s rigorous education encouraged her to slow down and explore issues from all sides.

“As a leader I’ve learned I don’t need to know it all,” Bharoocha says, “… and that confusion is sometimes a good thing. Those shifts can be revolutionary. I’m learning to let myself sit with the tensions.”

A champion for social justice as vice president of the Muslim Student Association and director of the Gender Justice Center, Bharoocha sometimes feels like she is carrying the weight of the world. In telling her story, she wanted to avoid “the tokenization” of her image by offsetting it with Seattle U’s undergraduate demographics (see below).

Bharoocha credits Seattle U’s intimate classes and engaged professors for enabling her to do graduate-level coursework as an undergrad. She was a 2017 summer fellow in Princeton University’s Public Policy and International Affairs Program, which aims to develop future global policy leaders. After graduating in spring 2018 with honors in sociology, Bharoocha will serve as a Policy Fellow for the Greenlining Leadership Academy in the San Francisco Bay Area advocating for low-income people and communities of color.

This is Bharoocha’s way of living Seattle U’s mission, which she first articulated as a student speaker during the 2017 inaugural Student Mission Day.

“Students need to say, ‘Where do I fit into that mission?’ Because ‘just and humane’ can mean many things. Everyone has their own role to play in advancing justice.”