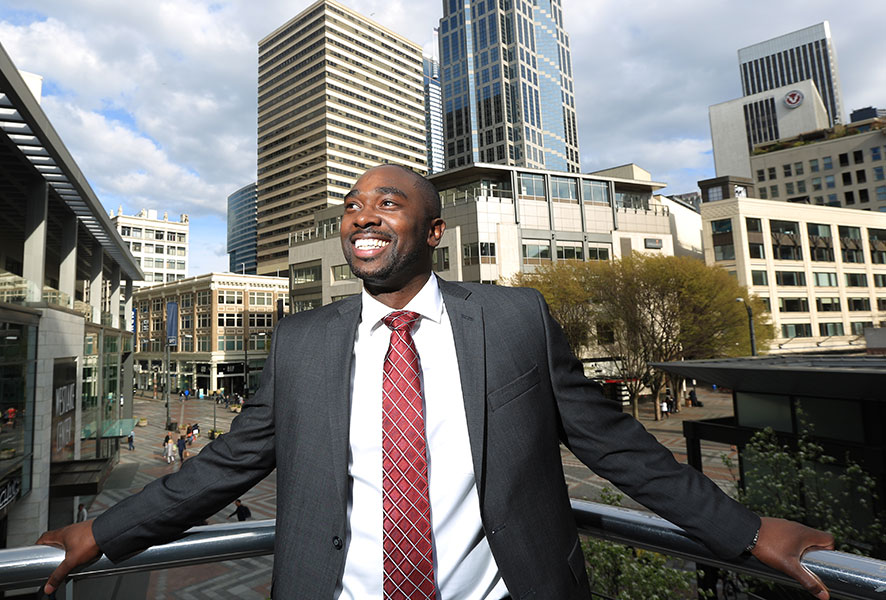 Terren Drake expected to work hard, and it was no exception pursuing his MBA from one of the most respected programs in the Northwest. What he didn’t expect at Seattle University was to have amazing graduate faculty, counselors and alumni rooting for his success.

Before coming to Seattle University, Terren earned a bachelor’s degree in communication from a large public university, but graduated without a clear sense of direction. Increasingly unsure of his next move, he spent time at a mortgage company and later took a job as a production worker at Darigold, one of the nation’s largest dairy co-ops.

Terren’s willingness to work hard and his gift for negotiation earned him a spot on the labor contract negotiating committee at Darigold. His success there led to him being tapped for management training, and like any good negotiator, he countered with an offer to work in Darigold’s accounting department—an area that caught his interest.

His newfound interest and success in accounting encouraged him to pursue his MBA. He knew Seattle University’s Albers School of Business and Economics had an excellent reputation and thought the smaller community would best prepare him.

It didn’t take long for him to realize he made the right choice. The professors and mentors took an interest in Terren’s job, career goals and life in general, and continually surprised him with their dedication to students.

They include a group of successful alumni from Seattle’s biggest and most successful companies including Boeing, REI, Starbucks, Microsoft and Costco who mentor students.

And the genuine care and affection of these mentors is also found in the counselors at Seattle University, like Paula Fitzgerald-Boos, who calls him “a remarkable combination of humility and authenticity [with] wisdom beyond his years.”

Today he works at PACCAR Financial in an MBA Associate position. The rotational management training role sets Terren up for accelerated career growth in management.