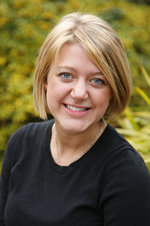 Tess Cannon is hailing from Juneau Douglas High School in Juneau, Alaska. She participated in Student Government for four years, and was Senior Class President. She was also on Executive board of her Interact Club following her eleven month Rotary exchange in Bremen, Germany. Tess has been a Scottish dancer for 10 years and has been involved in music and theater for as long as she can remember.

Although I had spent a year of high school in Bremen, Germany before I left for college, I was first provided a framework for my experience when I arrived at Seattle University and began studying international politics and economics. As much as I enjoyed the classes I was taking here and the discussion among my fellow students, many of whom had experiences like my own, I soon realized that much of what we were learning was theoretically and needed a practical application. I began with six weeks in Europe following my freshman year. During my time abroad, I not only participated in SU’s Theology and Philosophy program in Italy, but also went back to Germany, to Bremen and to Berlin. Through the entire experience, I was struck by how much I had learned in the past three years since I had lived in Bremen.

I began to see studying abroad as less of an exciting personal experience (which is still is), and more of a deep transformation into a global citizen. I found myself thinking from a more global perspective, voting for people who didn’t have the opportunity yet would be affected by the outcome, and taking on more responsibility for those born less fortunate than myself.

The next year, I wanted to change my environment from the American-European standard of living I was used to, and spent a week building houses in Tijuana, Mexico. This experience broadened my perspective to not only the people in the countries on our borders, but also those inside of them; those unrepresented, even undocumented populations whose lives are affected by the decisions I make.

Being in Mexico specifically reinforced my belief in the global citizen. It doesn’t mean you have to understand multiple different cultures or even have visited many. It is a perspective change; an understanding that the decisions, I make as a constituent of a powerful, free country, whether they be political, environmental, economic, or cultural, affect a population larger than my small community and that I, therefore, have the responsibility and the privilege to invite those voices into the conversation.

Seattle University gave me the framework, theory, and the opportunity to further my interest in other cultures and languages, and through it, taught me how to be a global citizen.