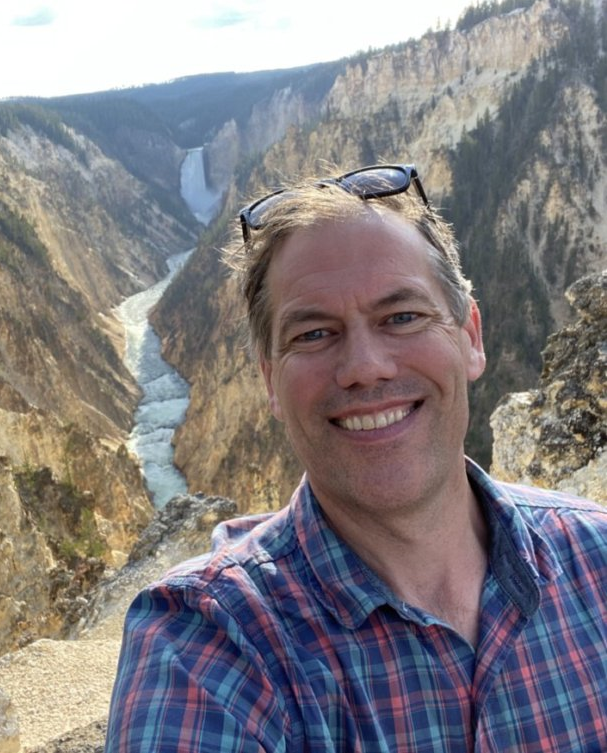 Dr. McLaughlin’s research group is generally focused on applications of atomic and molecular spectroscopy to questions of environmental interest. Recent efforts have involved the use of Laser-Induced Breakdown Spectroscopy (LIBS) as a method for the rapid in situ analysis of airborne inhalation hazards such as silicates and diesel particulate matter.

Dr. McLaughlin’s teaching interests are in the areas of general and physical chemistry.

Dr. McLaughlin earned a B.S.in Chemistry from the University of Puget Sound in Tacoma, WA in 1993. After receiving his undergraduate degree, Dr. McLaughlin completed a Ph.D. in Physical Chemistry at the University of California, Berkeley working with Prof. Richard Saykally. His graduate research involved far-infrared spectroscopy of gas-phase water clusters; a project aimed at characterizing the weak interactions between chemical species. Following his doctoral program, Dr. McLaughlin studied the photochemistry of atmospheric organic nitrate and nitrite compounds as a post-doctoral researcher with Prof. Philip Reid at the University of Washington. He began his career at Seattle University in 2001, spending the 2009-10 academic year in Cork, Ireland as a Fulbright Scholar at University College Cork.