A Note From Dean Swanson 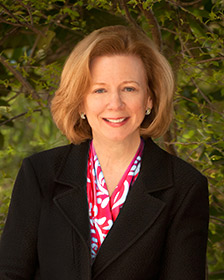 I’m pleased to be able to share with you two significant announcements that will shape the future of Seattle University and the College of Nursing. On October 22, the Board of Trustees announced that Eduardo M. Peñalver will become the university’s 22nd president. He is the first Latino president and the first layperson to take the helm since Seattle U was founded in 1891. Peñalver will begin his official duties on July 1, 2021. President Stephen V. Sundborg, S.J., previously announced he will step down in June after 24 years leading the university. Please join me in welcoming the president-elect to the Seattle U community. October 22 was also a great day for the College of Nursing, because we received the official announcement from the Commission on Collegiate Nursing Education (CCNE) that both the Doctor of Nursing Practice and Post-Graduate Certificate ARNP programs have been re-accredited for 10 years! This is the maximum number of years a program can receive, extending our accreditation to December 31, 2030. It is a true testament to the excellence of our graduate programs, dedication of our faculty and staff, and the high quality of our students and graduates.

Read More about A Note From Dean Swanson 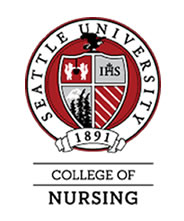 The Commission on Collegiate Nursing Education (CCNE) has re-accredited both the Doctor of Nursing Practice and Post-Graduate Certificate programs for an additional 10 years. Betty Beza is a senior at Seattle U pursuing her Bachelor of Science in Nursing degree. She is an active member of the university community, where she has served as an advisor for the Collegia program, Mentorship Officer for her BSN cohort and Co-President of the African Student Association. After graduation she plans to spend 2 to 3 years working as a Pediatric or ED nurse then pursue graduate studies to become a Certified Registered Nurse Anesthetist (CRNA). Sarah Welch, DNP '21, was featured in the Seattle University Magazine about her experiences in the health care field and working on the frontlines of the COVID-19 crisis as a STAT registered nurse. She is in her final year of the DNP program specializing in Adult-Gerontology Acute Care. READ THE ARTICLE >>>

Donor support will help us continue to provide state-of-the-art, world-class nurse education at this unprecedented time.

Please consider making a gift to the Clinical Performance Lab Fund to help us move our compassionate nursing students into practice on the frontlines, where they are needed now more than ever.

For more information on this effort, and other opportunities to support the College of Nursing, please contact Peggy Fine at finep@seattleu.edu

SUPPORT THE COLLEGE OF NURSING Eduardo M. Peñalver, the dean of Cornell University’s Law School, a Rhodes Scholar and a professor of law who clerked for former U.S. Supreme Court Justice John Paul Stevens, has been named the next president of Seattle University, the Board of Trustees announced October 22, 2020.

Build your Network with Redhawk Landing Redhawk Landing is a new mentoring and networking tool that connects alumni with students and other alumni for short- and long-term mentorship. Network within the community to meet alumni in your city or industry or browse career resources and programs.

Want to get more involved?

Our Moment for Mission: The President's Challenge encourages 10,000 alumni to connect, volunteer or give to ensure that Seattle U students have the same purpose-driven, passion-fueled education and experiences that you did. Join us today!