When was the last time the men's or women's basketball team competed in a conference tournament at the Division I level?

Q:  When was the last time the men's or women's basketball team competed in a conference tournament at the Division I level? 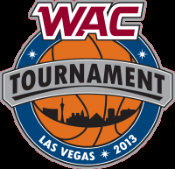 A:  That's a trick question as the answer is never. SU last participated in a conference at the D-I level in the 1970s, namely the West Coast Athletic Conference. Back then, the conference (currently known as the West Coast Conference) did not have a tournament.

Which means that both basketball teams will make history next month when they compete for the first time in the Western Athletic Conference tournament. With this being SU's first season in the WAC, both the men and women get a shot at the 2013 conference title and an automatic bid to the NCAA Tournament. The tournament takes place in Las Vegas from Tuesday, March 12 through Saturday, March 16. For more information, visit WAC Tournament. Stay tuned for more information on where our men and women are seeded and their game days/times.