What impact did the Eisiminger Fitness Center have on the SU community's recreational and fitness activities in its first year of operation? 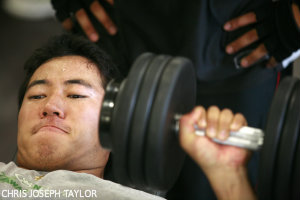 Q:  What impact has the Eisiminger Fitness Center had on the SU community's recreational and fitness activities in its first year of operation?

A:   In just about every measurable way, the William F. Eisiminger's first year of operation was a great success. In 2010-2011-the last year of the pre-Eisiminger era-an average of 1,200 users were visiting the Connolly Center on a daily basis. After the opening of the new fitness center, the number of users per day climbed by 15 percent to 1,380. A recreation benchmarking survey found that 61 percent of SU's students availed themselves of campus recreation facilities, programs and services in 2010-2011. That percentage rose to 70 percent in the first year following the Eisiminger Center's opening.