As announced last month, Seattle University’s Board of Trustees have voted to adopt both recommendations on fossil fuel divestment from the university’s Socially Responsible Investments (SRI) Advisory Working Group. The university will fully divest the marketable portion of the endowment from any investments in companies owning fossil fuel reserves by June 30, 2023, and achieve a 50 percent reduction in the exposure to companies owning fossil fuel reserves in the marketable portion of the endowment portfolio by December 31, 2020.

Phil Thompson, director of the Center for Environmental Justice and Sustainability and a proponent of divestment, recently shared his thoughts on the university’s decision and what’s next for sustainability at Seattle U.

The Commons: What does this mean for Seattle U?

Thompson: By showing leadership on the issue of divestment, Seattle University continues to demonstrate its commitment to environmental and social sustainability. The Princeton Review’s annual survey tells us that there are literally millions of prospective students who place a high value on sustainability. I think many of those students will now take a closer look at SU, and they will also note that student voices matter deeply to our administration. As we know, climate change is a moral imperative where those who are the least responsible will suffer the most. It’s great to see our Jesuit institution leading the way. 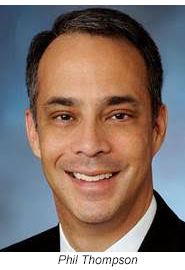 The Commons: What sort of feedback have you been hearing about the university’s decision to divest from fossil fuels?

Thompson: Many SU colleagues and students have been thrilled with the announcement, and I have received congratulatory notes from colleagues from other campuses and climate-related organizations. I have also seen some less positive public comments on stories in the press which included the common arguments against divestment (e.g. oil companies won’t be affected.). I think those folks would have different opinions if they understood that we have had a very informed process to reach this decision where ultimately, our Board decided that we should invest our endowment in ways that align with the values of our community and that support technologies of the future.

The Commons: The university was just ranked #8 in the nation for its sustainability efforts in the Sierra Club’s “Cool Schools” guide. While rankings, of course, are to be taken with a grain of salt, how much of an impact will the decision to divest have on SU’s national standing in terms of sustainability?

Thompson: I have to believe that our “Cool Schools” ranking will improve but there are other things that we can do based on the results of our STARS report. While we are doing much better than most schools, we are still earning a C+ overall. We can make improvements in water and energy efficiency. More importantly, after many years of decreases, we have seen our overall carbon footprint increase each of the past six years. This has been primarily related to commuting and increased air travel for activities that we don’t want to decrease (e.g. education abroad, athletics). We could reduce emissions by looking at telecommuting options and four-day work weeks, and we could offer charging stations to encourage electric vehicle use.

The Commons: So what’s next—what would you like to see the university do next to advance its commitment to sustainability?

Thompson: After we have reduced our emissions as much as possible, we should consider offsetting the rest as the President’s Committee for Sustainability proposed to (SU President) Fr. Steve in the spring. Offsets have become “a cost for doing business” for companies like Microsoft and Google which have been carbon neutral for over a decade. I think SU could truly establish itself as the climate-action leader in higher education by offsetting our emissions plus 10 percent. After all, we always give it 110 percent at SU!

Seriously, the extra 10 percent would represent our effort to offset the emissions of those in our community who can’t afford to do so. This would make us carbon-negative which may sound strange to some people, so I’d prefer to call it climate-positive. By becoming the first climate-positive university, we could firmly establish ourselves as the leading institution for climate action in the world. 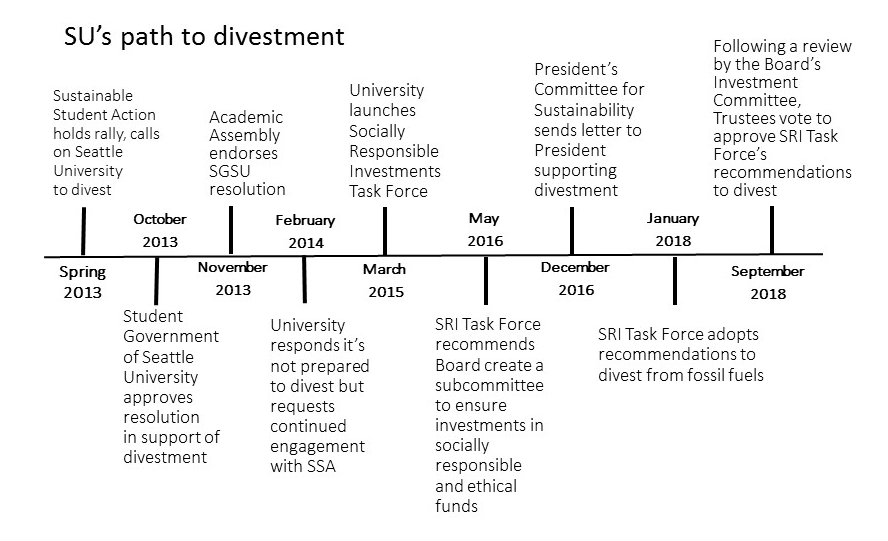