Jesuits weigh in on immigration 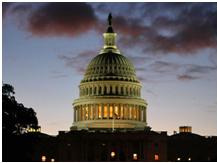 The leaders of every Province of the Society of Jesus in the United States recently took the rare step of hand delivering a joint letter to the White House and each individual Congressional office to express concern over the immigration law recently enacted in Arizona, and to urge immediate and comprehensive immigration law.

“With the new Arizona law, there is a real risk that life on our national borders will become subject to a patchwork of state responses; Congress is faced with both a constitutional and moral imperative to act,” said Jesuit Father Thomas Smolich, president of the Jesuit Conference of the United States. “Despite what some reactionary politicians would have us believe,” Smolich added, “we can secure our borders in a way that does not cost us our humanity.”

Referencing the Justice for Immigrants Campaign sponsored by the United States Conference of Catholic Bishops, Smolich said “the Catholic Church has been a leading advocate of immigration reform. We wanted to send a clear message to the president and Congress as well as invite all Jesuits and our many lay partners to join us in support of the Church, speak out for the least among us and ask your members of Congress to act now.”