Through the Central America Initiative, Seattle University is partnering with NGOs and nonprofits on the ground in Guatemala working to end violence against women in their country.

Guatemala—the people and the culture—occupies a deep and special place in Michael Lott’s heart and in his scholarly pursuits. The connection Lott, ’16, has with this corner of the world began to take shape while an
undergraduate at Seattle University.

During his junior year Lott took a quarter off from his studies to volunteer in the Central American country. It was around this time he heard about an opportunity for undergrads to travel to Nicaragua to study child and youth migration in a global immersion trip under the leadership of Assistant Professor Serena Cosgrove.

Intrigued, Lott applied and was accepted to participate in the Nicaragua Initiative. Post-graduation, another opportunity presented itself—one that would allow Lott to return to a country that was so important to him. He was invited to join an SU group that traveled to Guatemala to conduct research alongside NGOs fighting gender-based violence.

“… I have had the privilege of developing relationships with young Guatemalan women through my time volunteering there and through my current job as a case manager working with unaccompanied immigrant youth,” Lott says. “It has been a privilege to witness the resilience they’ve developed but their stories of hardship have also shaken me to the point that I feel morally obligated to act in solidarity with women working on the ground in Guatemala. No one should have to endure the systematic violence that women, particularly indigenous women, are subjected to.”

The Nicaragua Initiative evolved out of an existing relationship between Seattle University and the Universidad Centroamericana (UCA) in Managua. It has expanded to become the Central America Initiative under Cosgrove’s leadership. This involves outreach, programs and research throughout Nicaragua, including the isolated Caribbean Coast, and in Guatemala, El Salvador and Honduras.

The research and collaboration among peer scholars and universities in both Guatemala and Nicaragua are examples of the global engagement that is integral to the mission of Seattle University.

Laying the groundwork for research in Guatemala began five years ago when Cosgrove, along with professors Kristi Lee and Claire Garoutte, traveled there with a team of staff, alumni and students. The group matched up with the Guatemala based NGO Asociación Generando (ASOGEN) and interviewed survivors of gender-based violence.

Last year, with a collaboration agreement with the Jesuit university in Guatemala, Universidad Rafael Landívar, Cosgrove, Lott and others returned to continue their research, extending their efforts to include another women’s-focused NGO.

Participants again visited ASOGEN and also conducted important research and assessment of NGO Nuevos Horizontes (New Horizons), based in Quetzaltenango, Guatemala, that provides services to survivors of violence. During their time on the ground, the participants from Seattle U were joined by faculty and students from URL-Quetzaltenango to carry out research in tandem, exploring the role that Guatemalan nonprofits are playing
to end violence against women in the country. 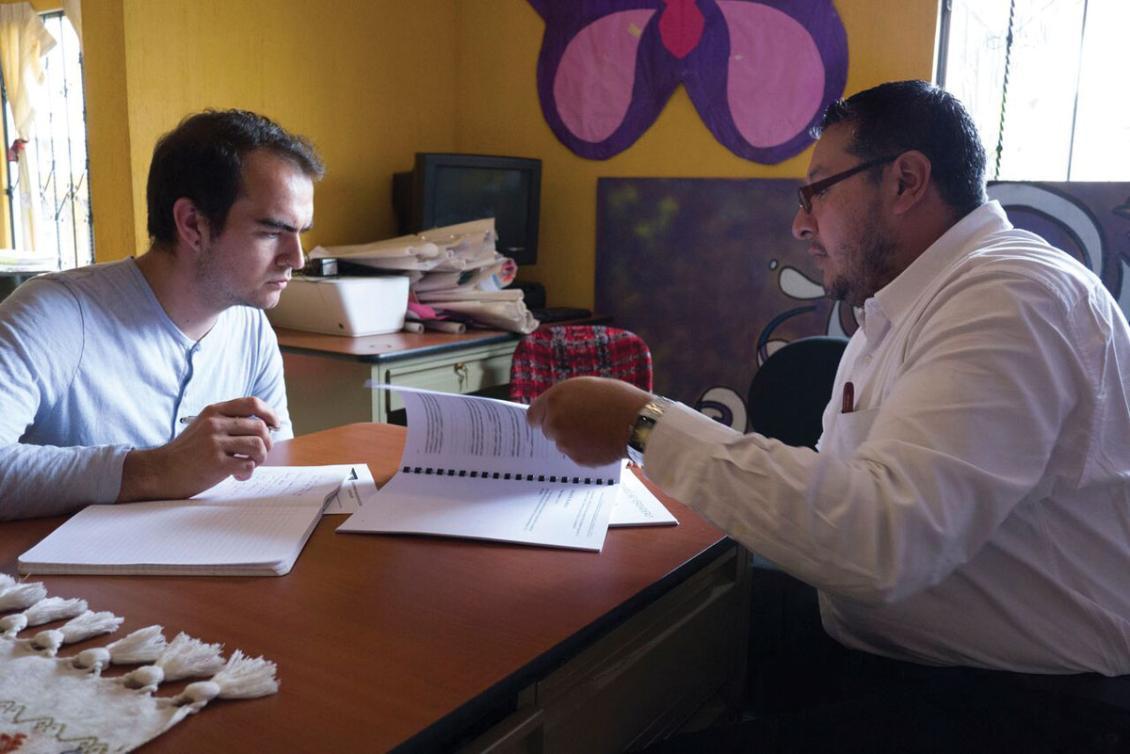 “Much like the field research trips available to the science majors, this trip provides students interested in gender and development and ending gender-based violence the opportunity to apply their education to real-world topics and gain experience in field research and impact assessment,” Cosgrove says. “This type of engaged research has to be interdisciplinary and horizontal. This is why it is so important to involve students and faculty colleagues from different departments and collaborate with our Guatemalan colleagues and their students at the Universidad Rafael Landívar.”

On the 2017 trip, Lott’s role was to do qualitative data collection and analysis, which he says “meant developing a working knowledge of the socio-political background of the region,” including meetings and interviewing community members. And this past June Lott, who now serves as a research leader, was once again part of the Seattle U group that returned to the region to continue their ongoing research, working alongside the university and the women-led New Horizons.

The organization generates opportunities for women’s empowerment and economic self-sufficiency as a way to combat interpersonal violence, teenage pregnancy and poor economic options in Quetzaltenango.

The end game, as Lott sees it, is to produce scholarship and outcomes that support the work of “indigenous and women leading grassroots movements resisting gender-based violence.”

“By doing research and producing scholarship, we can provide evidence that can lead to further economic investment in these initiatives,” he says. For Associate Professor Kristi Lee, PhD (counseling), who has been involved in the Central America Initiative from the beginning, this work in Guatemala around issues of gender-based violence is especially
meaningful as she spent part of her undergraduate years working at a women’s shelter in Kansas. That experience, coupled with her education in mental health counseling and proficiency in Spanish, made her involvement in this global research a strong fit. On the most recent trip this past June Lee led a group of graduate students for the first time.

In collaboration with a team consisting of a faculty member and students from the psychology program at the URL, they met with NGO partners to continue research efforts around the central question: “How do girls and women who experience domestic violence heal?” Lee and her team examined how information about best practices in helping women and girls heal is shared among organizations and governmental agencies who provide resources, including legal aid, to assist survivors of domestic violence. Bringing this information back to the U.S. to train counselors who work with women and girls from Central America is a primary goal.

“This work [in Guatemala] has expanded my view so I can help students expand theirs and so counselors can provide better services to Central American women in the United States,” Lee says. For Lott, the value of this research is not only meaningful on a deeply personal level but also impactful on his professional life. 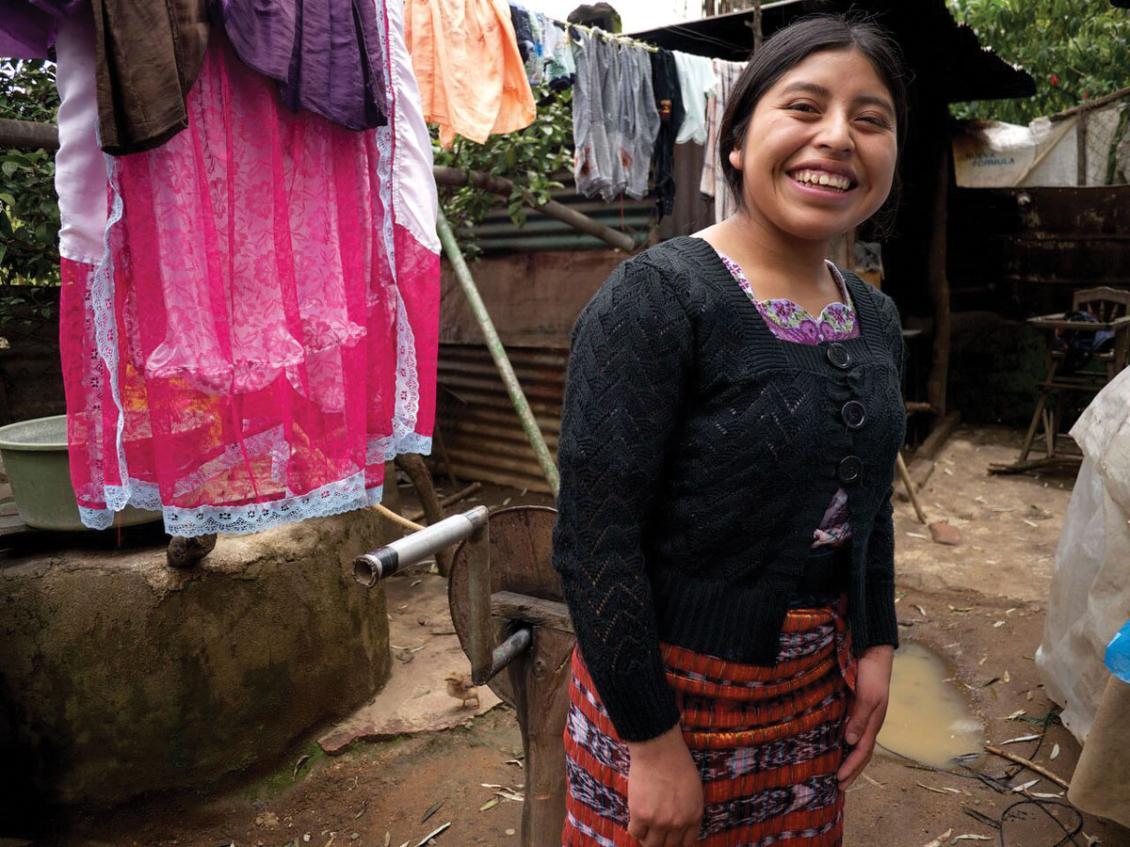