Seattle University is among the “best and most interesting schools”

Seattle University has again been featured in the Fiske Guide to Colleges. Consulted by millions of prospective students and their families, the guide highlights the "best and most interesting schools" in the U.S., Canada and the U.K. 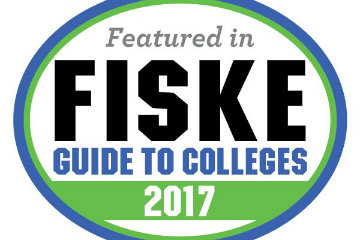 The 2017 edition considered 2,200 four-year colleges before choosing just a little more than 320 institutions-placing SU in the top 14 percent. Compiled by former  New York Timeseducation editor Edward Fiske, the guide has consistently included in SU over the past decade.

SU's entry in the guide includes quotes from students. Following are some excerpts from the publication:

"I have found that we often care more about how we can help other people around us," says one student, "rather than trying to make millions of dollars to buy huge houses and nice cars."

"The courses are definitely demanding. When the professors include the Jesuit value into their lectures and exams it really proves how dedicated Seattle University is to fulfilling their mission," says a sophomore.

Another adds, "Being on the quarter system is conducive to fostering academic growth as a community because students are aware that there is no time to slack off."

"Everyone at Seattle U has a passion and is willing to embrace it," says a mechanical engineering major. A marketing major adds, "Students at Seattle University are interested in self-reflection and creating a better world once they leave the university."