How much money was raised at the 2012 Costco Scholarship Fund Breakfast?

Q:  How much money was raised at the 2012 Costco Scholarship Fund Breakfast? 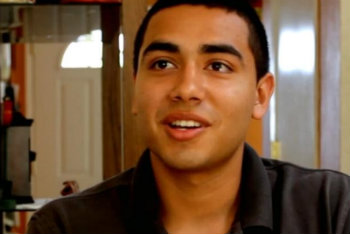 A:  A crowd of more than 1,000 supporters gathered for the 13th annual Costco Scholarship Fund Breakfast on Sept. 24. Through the generosity of Costco Wholesale and its many suppliers and business partners, the event raised $3,144,338 for underrepresented students at UW and SU.

SU senior Perla Castaneda (social work and psychology) emceed the event and spoke of how transformational her SU experience has been so far, referencing in a special way her professors and a service immersion trip she took to Belize. New freshman Jorge Moreno-Nunez, left, was featured in a VIDEO shown at the breakfast, and alumnus Brandon Knight also spoke at the event.

Jeff Brotman, Costco co-founder, and Craig Jelinek, president and CEO and SU trustee, honored Jim Sinegal, Senior Executive in Residence in the Albers School, with a surprise announcement of the new Jim Sinegal Graduate Scholarship that will support former Costco Scholars as they pursue graduate degrees at either SU or UW over the next 10 years.

This year SU has 175 Costco Scholars on campus, and 600 scholars at SU have graduated. To date the scholarship breakfast has raised almost $30 million dollars and has benefited more than 1,000 scholars at both institutions.