In the midst of all the usual busyness that goes along with the end of the academic year, as well as preparing for his move and finishing off the final galleys of his forthcoming book, Father Janowiak took a few moments to share some thoughts on what’s ahead and to reflect on his time at SU. Here’s what he said.

On his new role:

JST is one of the two theology centers in the United States, along with the School of Theology and Ministry at Boston College. I will be assuming the position of associate professor of liturgical studies and will be replacing the Jesuit who will be returning to Fordham University after seven years of service at Berkeley.

On what he’ll be teaching:

My teaching will cover much the same areas as my work here at the School of Theology and Ministry at SU. However, the ecumenical schools that compose the Graduate Theological Union are more self-contained, as opposed to the thoroughly ecumenical environment here at STM. Two other differences are most apparent in comparison to our school at SU: besides the lay student population, JST is a theology center where the Jesuits send their young men in preparation for ordination.  I will be asked to teach courses that relate to celebrating the Eucharist and other sacramental liturgies of the Church. For example, this fall I will teach a course on the theology and pastoral practice of hearing confessions. Secondly, JST offers theological degrees that prepare students to teach in theology and seminary settings throughout the world, as well as pursue doctoral degrees in theology. There are a good number of lay people and young Jesuits from around the world who come to Berkeley to pursue that degree. The relationship with Cal Berkeley allows students to do a lot of interdisciplinary study in conjunction with their theological interests. 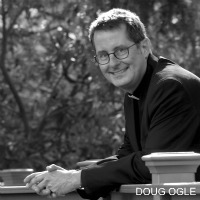 On how he’ll look back on his time at SU and what he’ll take away from the experience:

I never wanted to leave here; it was a request in religious obedience, in response to the needs of the Society. This is what I vowed my life to be. At the same time, I think STM provides one of the most creative and balanced theology and ministry experiences in the country. We do not go home to our own tents. We have to wrestle with diversity in theological, multicultural and denominational  perspectives in a way that corresponds with the way the world really is. The formation and pastoral elements that accompany all STM’s programs speak to the need for ministers who appreciate that the integration of one’s spiritual and relational identity shapes the way one serves others and opens up the liberating call of the Gospel.

In addition, the Pacific Northwest is my Jesuit home, and my brothers at Arrupe and in the Oregon Province are clearly some of the most prayerful and committed men I have ever known. I will never lose that connection and I am only glad that Berkeley is close enough to keep that strong bond with these good companions. With men like the Arrupe Jesuits, who often work tirelessly in the background, laboring for students in the spirit of our dear Roger Gillis, I am so honored to have lived and prayed with these Jesuits. I hope the wider university appreciates them also.

On his hopes for SU in the years ahead:

Seattle University has expanded in vision and stature so much since I first came in 1996.  The commitment to educating the whole person and providing opportunities to discover faith that seeks justice as a context for a liberal arts education are so meaningful to me. I would hope that SU does not lose that human and religious character in order to score stature points in the academy and the secular elite. As you know, the Core discussions and assessment criteria all year have surfaced the tension around that issue. It is not easy to be a Catholic and Jesuit university in these days, while also upholding what Jesuit humanistic study has always maintained, i.e. that the world is good, open for inquiry and exploration, and that the matters of the soul can be in healthy dialogue with the concerns of the mind. I hope we never get lured away from that kind of wonder. I think the temptation to quantify and rein in awe is great in these days. I am all for raising up wonder and awe.

My connection with the Chapel of St. Ignatius from the day it opened has been a powerful, daily nourishment for me. It is an amazing house of prayer, empty or full. It summons people who have not been inside a church for years. It is the students’ doorway into a mature religious commitment. People pray there faithfully in the middle of all the feverish activity. I cannot say enough about the gift of the chapel. I will miss lighting a candle there every day. However, one thing I will not miss is the quarter system. Thank God, JST is on the semester system! God has finally heard the plea of my old age!