President Stephen Sundborg, S.J., and the Seattle University Alumni Association are pleased to announce the university's 2014 Alumni Awards recipients, who will be honored at the 29th Annual Alumni Awards Celebration on Tuesday, April 22, 2014 beginning at 5:30 p.m. in the Campion Ballroom on campus.

Here's a brief overview of this year's awardees with links to longer articles on the Alumni Relations website. (Photos by Chris Kalinko) 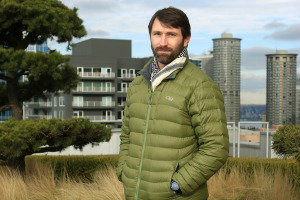 Alumnus of the Year - William Swenson, '01

President Barack Obama awarded William Swenson, the Medal of Honor in October, 2013. He is the first Army officer to receive the Medal of Honor for service in Iraq and Afghanistan. An embedded advisor to the Afghan National Border police, he was on patrol with American and Afghan troops when they were ambushed and pinned down for six hours by more than 60 well-armed Taliban forces.  Ganjgal was to be one of the bloodiest battles in the 12 year old war. Putting himself at great risk, Swenson rescued his sergeant and several Afghans and retrieved the bodies of four service members. He is the most decorated Army officer since Vietnam.  Loyal not only to the men and women with whom he served, he has remained constant to their families as well. 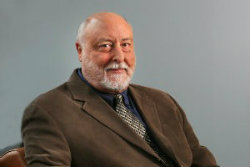 David M. Johnson is among six winners of the 2013 "Visionary Service Award" by the National Council for Community Behavioral Healthcare and recipient of last year's "Evergreen Award" from Washington Nonprofits for his outstanding innovation and agility in the service of his community. A respected leader in the mental health field, he is frequently invited to address national and local groups. A CEO of mental health centers for 27 years, Johnson has also been a clinician for 37 years. He currently leads Navos, one the largest community health centers in the state, with a $54 million operating budget and a staff of 650. 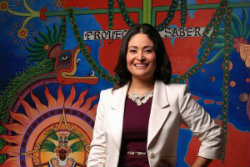 Nationally recognized civil rights attorney, Lorena Gonzalez, a child of Mexican farm workers and now a partner at the law firm of Schroeter, Goldmark and Bender, is a tireless advocate for social justice. In 2007, Gonzalez co-founded and continues to co-administer the monthly Latina/o Bar Association of Washington and SGB free legal clinic at El Centro de la Raza. In 2012, she successfully settled an excessive force and discrimination suit filed against the City of Seattle and the Seattle Police Department that resulted in a mandate that the use of racially charged language in the force was grounds for termination. 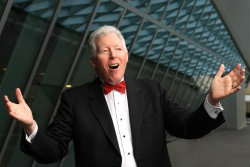 Kip Toner is a generous contributor of both his time and talents and has long been a strong supporter of his alma mater. After 23 years as a member of the Seattle University Board of Regents, including two years as chair, Toner now serves as a regent emeritus. He is recognized as an outstanding auctioneer helping raise funds for nonprofit organizations both in Seattle and across the nation. Toner was auctioneer at the inaugural Red Tie Celebration, a very successful event supporting SU Athletics. His commitment and service to Seattle University have inspired many to follow his lead. 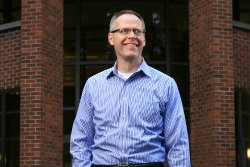 Albers School of Business and Economics Professor Greg Magnan is recognized for his excellence in teaching, scholarship and service. An especially gifted teacher, Magnan is extremely popular with students at the executive, graduate and undergraduate levels. His innovative approach to combining online learning with traditional classroom methods has been a model for the university. Magnan's research on supply chain business practices has been nationally recognized and published in a number of professional journals. He has served on several Albers and university-wide committees. 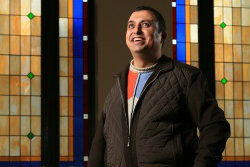 Khaled Jaraysa, '08, '09, a Christian born just outside Bethlehem, lost his arm at 13 in a machinery accident. Three years later, his father died. Rather than become embittered, he is committed to rebuilding the lives of children shattered by war. While a student at Seattle U, Jaraysa founded the Children of Peace Foundation in 2007 to support the Holy Family Care Center in Bethlehem where he received care. Through his foundation, the traumatized children of Palestine not only receive specialized therapeutic care, but most importantly, a reason to hope for a better tomorrow.