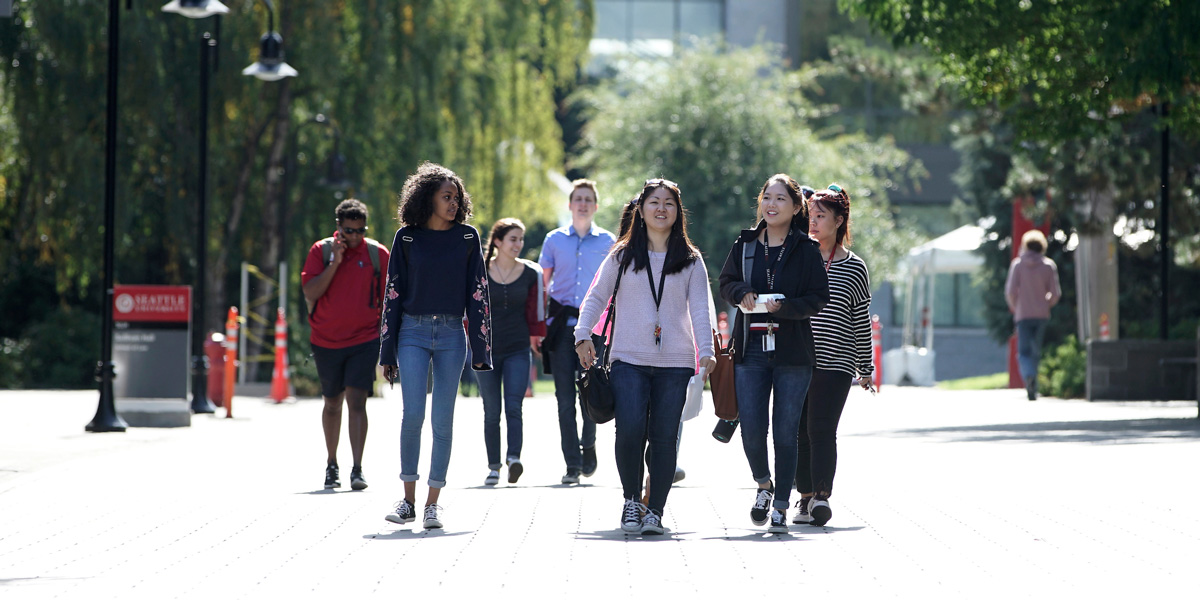 Seattle University shared top honors among master's institutions to produce the most 2014-2015 U.S. Fulbright Scholars, according to an announcement by the U.S. Department of State's Bureau of Educational and Cultural Affairs. The four SU faculty members to receive the prestigious scholarship represent the highest number in a single academic year in more than a decade.

Additionally, SU was among the leading producers of 2014-2015 U.S. Fulbright students. Only eight master's institutions produced more Fulbrights than SU.

The SU faculty scholars represent the academic fields of language teaching, law, marketing and public health. The SU alumni are working in the fields of art history and theory, English teaching assistantships, and language and literature.

Jacquelyn Miller, who serves as university liaison for the Fulbright Scholar Program, says, "I am very pleased that the number of SU faculty, staff and administrator awardees has increased from one or two in the years from 1999 to 2012, to three awardees in academic years 2013 and 2014, to five awardees in 2015." (Seattle University Fulbright Scholars--1999-Present for a full list of this year's and previous years' scholars, dating back to 1999.)

Miller adds that the increase in awards parallels the university's efforts to promote the Fulbright program and encourages would-be applicants to contact her for consultations at jcmiller@seattleu.edu.

Serena Cosgrove, who serves as Fulbright adviser for students, is gratified by SU's continued inclusion on the top-producers list. "This achievement reflects the preparation and aspiration of our students," she says. "SU has ranked high as a Fulbright producer for multiple years; this is due to the caliber of our students and the Office of Fellowship's team. I'm so inspired by the achievements of our students. A Fulbright fellowship will stick with a student for years as they apply for other fellowships and graduate school."

"Our inclusion on this list is a testament to the quality of a Seattle University education and our commitment to internationalism, service, and leadership," says Luke Green, director of the Office of Fellowships. "It is also indicative of the quality of students who choose to pursue their education here."

SU has been highlighted in The Chronicle of Higher Education  six times in the past decade as a top producer of Fulbright Scholars. In all, 24 SU faculty have received Fulbright Scholarships since the 1999-2000 academic year. Thirty-six SU students have earned Fulbrights since the 1994-95 academic year, with 27 of those awarded within the past decade alone.

Since its inception in 1946, the Fulbright program has provided more than 360,000 participants with the opportunity to exchange ideas and contribute to finding solutions to shared international concerns.