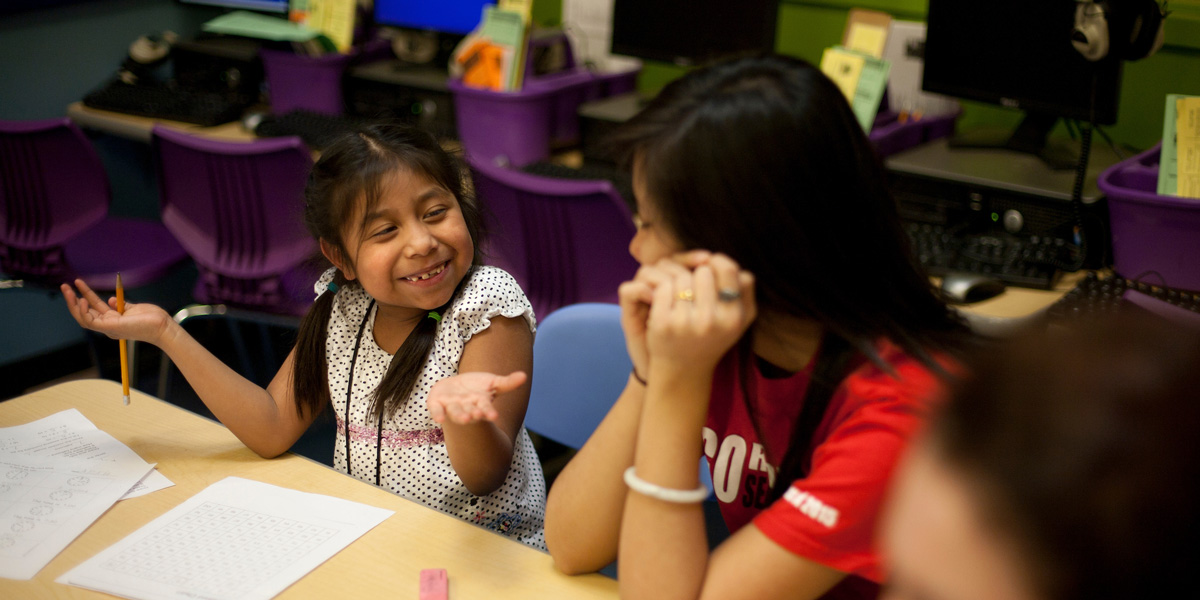 The Seattle University Youth Initiative was highlighted as a leading partner with Seattle Public Schools on Nov. 5 as part of Superintendent Larry Nyland's State of the District Address.

Nyland said the district has more than a thousand community partnerships, and Seattle University has been a "premier partner."

After Nyland shared laudatory comments about the Youth Initiative and introduced a video on the program, Kent Koth, executive director of the Center for Community Engagement, spoke. Koth thanked Seattle Public Schools for their partnership. "(The Youth Initiative) is really about a reciprocal relationship where our students and faculty have an opportunity to learn and engage, and we hope we can be of service in the community."

The Center for Community Engagement, of which the Youth Initiative is a part, recently released its 2014-2015 annual report and its strategic plan for 2015-2018.