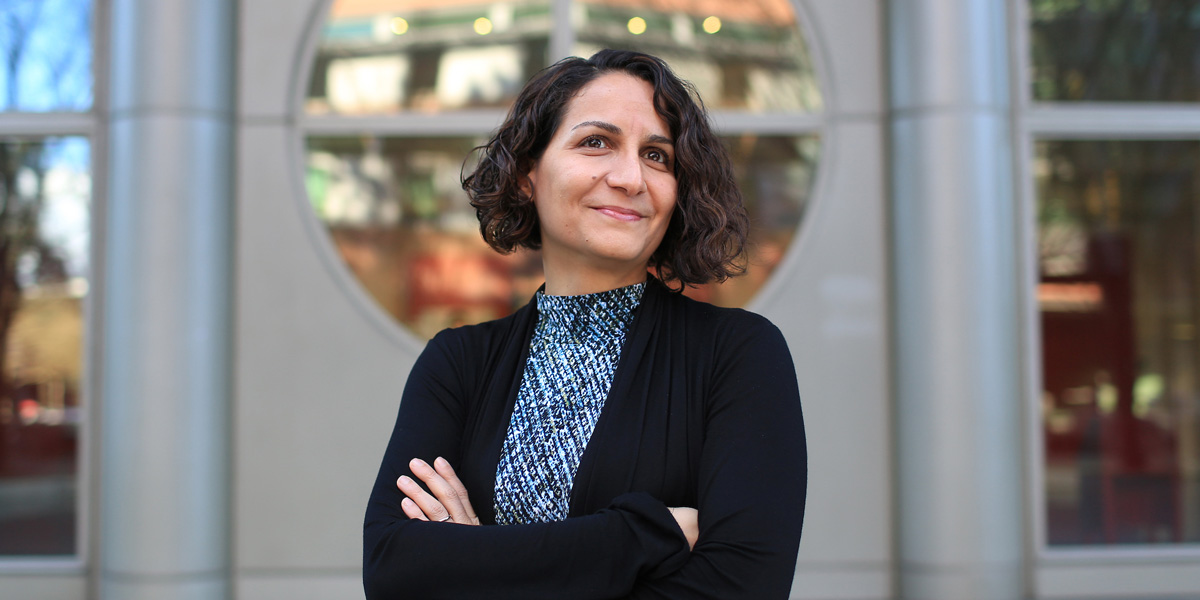 When you discover that seven of the nine department chairs in Seattle University's College of Science and Engineering are women-including all four department heads in engineering and computer science-you start to wonder why there's such a gender gap in tech industries.

Associate Professor Roshanak Roshandel was named the first woman chair of the Computer Science and Software Engineering Department at the start of spring quarter this year. A faculty member since 2005, Roshandel says the computer science freshman class last fall was 29 percent female, the highest percentage in university history. Of the 93 computer science graduate students, 42 percent are female.

Roshandel says the downward spiral of women in tech careers that began in the mid-1980s is changing, albeit slowly. Associate Professor Agnieszka Miguel, who chairs Seattle U's Electrical and Computer Engineering Department, agrees. Miguel says she noticed an uptick in female enrollment about five years ago. Today, 24 percent of the Seattle U students in Electrical and Computer Engineering are women, notably higher than the national average of about 13 percent.

"Once you have critical mass of women students who are willing to share their experience, others will come," says Miguel, who came to the university in 2004 and has chaired her department since 2011.

(Miguel recently was recently elected to the board of directors of the American Society for Engineering Education.)

Roshandel and Miguel suggest math phobia is a big factor starting at an early age for girls.

"By the time girls get to middle school, they stop raising their hands. Peer pressure makes them want to be cool, not smart, especially in math," Roshandel says.

Both women department heads say a big factor in retention of female tech students is mentoring.

"We assign female students to female advisers," says Miguel. "We want to encourage women to see themselves fitting right in so we try to create a challenging yet supportive and collaborative environment for our students."

Roshandel says welcoming and inclusive classes are key in supporting women to choose computer science and to be successful both at Seattle University and beyond.

"You can't design a product with input from just one gender. You need both points of view just as you need age and racial diversity, too, to capture different ideas," Miguel says. "You're not designing for one person."

Because the interest in computer science is growing for both male and female undergraduate students, Roshandel says she looks forward to what's ahead as the new department chair.

"Our department has grown significantly over the past few years. We have fantastic students and great faculty and curriculum," says Roshandel. "It is now time to expand on our success and focus on building a stronger community."