Magis gets a new look 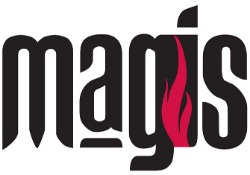 Having just celebrated its fifth anniversary this past year, Magis is rolling out a new logo and campaign called “I am Magis. We are Magis.” There’s also a special party you’re invited to attend at the end of the month (more on that in a moment).

The new logo incorporates a flame “to signify the spirit of the Jesuit, Ignatian tradition that is first ignited in students and then lived out by alumni in their various vocational paths,” explains Brooke Rufo Hill, director of Magis. The office also tweaked its tagline to read “Alumni Living the Mission.” (The previous version was “Alumni Committed for Mission.”)

Since 2006, Magis has served more than 1,300 graduates of Jesuit institutions in the Puget Sound area each year. Alumni from all 28 U.S. Jesuit colleges and universities are invited to participate in Magis events, which include opportunities to explore Ignatian spirituality, serve others in the Jesuit tradition, and pursue further leadership formation.

The “I am Magis. We are Magis.” campaign will feature a series of Jesuit-educated men and women who are living the mission. As for the party, it will take place from 6:30-8:30 p.m. on Tuesday, Jan. 31, in the LeRoux Room (STCN 160). To RSVP, please e-mail Magis  by Jan. 25. The Magis staff, advisory board, campus and community partners and program co-founders Mike Bayard, S.J., and Erin Swezey, hope to see you there.