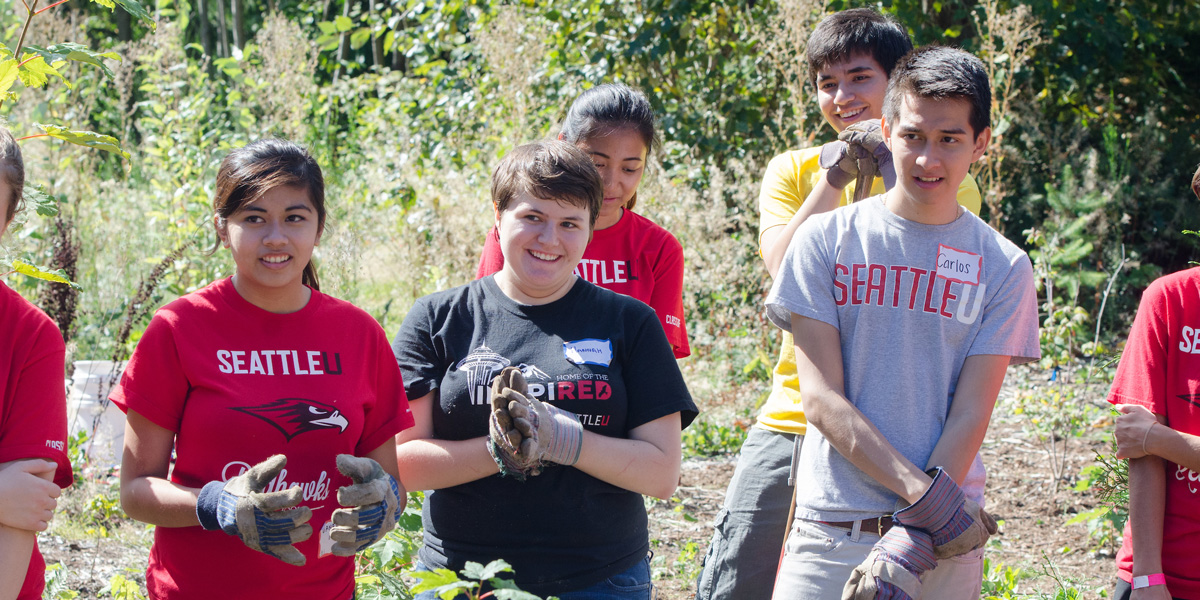 The Center for Environmental Justice and Sustainability gets ready to expand the dialogue on climate change.

Looking for a thought-provoking jolt in the midst of these somewhat lazier days of summer? "Just Sustainability: Hope for the Commons," to be held at Seattle University Aug. 7-9, promises to ignite and advance a multifaceted dialogue on what arguably is the leading crisis of our time.

Sponsored by the Center for Environmental Justice and Sustainability (CEJS), the biennial conference debuted in 2014 and drew about 200 attendees, including representatives from more than half of the 28 Jesuit colleges and universities in the U.S.

Phil Thompson, director of CEJS, and his colleagues are hoping for a similar turnout this year. Of course the success of the conference will be judged by more than just the number of attendees. Thompson says a concerted effort has been made to create an agenda that appeals to both academics studying sustainability and practitioners working in the field-and as important, inspires dialogue between the two. (Most conferences on sustainability, he explains, are geared to one group or the other.)

The conference features quite the lineup of keynoter speakers, including, among others,; Brian Cladoosby, president of the National Congress of American Indians and the Association of Washington Tribes; Congressman Adam Smith; Jessica Finn Coven, director of the City of Seattle's Office of Sustainability and Environment; and SU's very own Pat Twohy, S.J. (Nearly 40 SU faculty and staff are involved in the conference as moderators, presenters and volunteers.)

As Thompson sees it, the climate change crisis now upon us will only be solved if it is viewed as more than just an environmental issue. "People often think of sustainability and the environment as interchangeable. To me, the social part (of sustainability) is probably more important. Until we take care of each other, we're not going to take care of the environment." This way of thinking-care for each other and for the earth-Thompson adds, aligns with Laudato Si' Pope Francis' encyclical on climate change.

Likewise, Thompson says that much of the center's work is increasingly encompassing initiatives that involve the social and human dimensions of sustainability. He points, for instance, to a heightened focus on homelessness.

One outcome of the conference will be the publication of new research on sustainability. (The best papers from the 2014 conference were published in a special issue of the journal Interdisciplinary Environmental Review.) Thompson invites SU faculty (and others) to submit papers to be considered for this year's publication. E-mailthompson@seattleu.edu for more information.